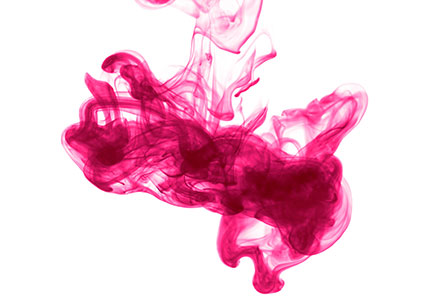 The liquid water enhancer concept was conceived to address those consumers who find plain water uninteresting, but understand the importance of healthy low/zero calorie hydration. The product is designed so that consumers can add a range of flavours to packaged or tap water simply by squeezing in a few drops of product, customising the beverage to their personal preference.
Water enhancers were also created with portability in mind, addressing the growing ‘on the go’ consumer lifestyle trend. MiO arrived in a tiny water droplet-shaped plastic bottle providing 24 servings. Supported by strong media communication, MiO proved an immediate success.

According to Canadean, MiO captured a 25% category volume share in its first year adding a further 10% in its second year. The stunning achievement of the brand acted as the catalyst behind the growth of the overall squash/syrups category in the US which leapt by 33% in 2011, 12% the following year, and by a further 9% in 2013. At the same time Kraft Foods was catapulted into the squash/syrups leadership position with MiO being one of the company’s most successful new products in over a decade.

The success of MiO has inevitably attracted rival brands. 2012 and 2013 saw other major producers such as, Coca-Cola, Nestlé and PepsiCo, all make their first forays into the liquid water enhancer market.

Private Label brands, such as Wal-mart, Target and SuperValu, also claimed market share, whilst Kraft Foods capitalised on its earlier achievement with MiO by adding liquid water enhancers under its Crystal Light and Kool Aid fruit powder brands. Such products have tended to be concentrated in the USA. MiO has extended its presence to Canada and Puerto Rico, but no further.

The liquid water enhancer concept has fragmented into other soft drinks categories as producers seek to broaden consumer appeal, and 2014 has already seen further diversification activity. In 2012, Kraft Foods took MiO into the sports and energy drinks arena, with MiO Energy and MiO Fit offering a functional concept, and seeking to draw in a male audience to the liquid water enhancer market. In 2013, Coca-Cola followed with the extension of its Powerade sports drinks brand as Powerade Zero Drops. Most recently it introduced Vitaminwater Zero Drops, stevia sweetened and mirroring its original Vitaminwater functional water flavour profile.

February 2014 saw a further widening of the flavour enhancer concept with the debut of Coca-Cola Minute Maid Drops, tapping into the ‘natural’ trend. Positioned as the first liquid water enhancer to contain real fruit juice, it remains to be seen whether the launch will spur other major juice brands, such as Tropicana, to join the category.

The US market: a vast landscape

The initial choice of the US for liquid water enhancers is understandable. The country has one of the largest squash / syrup markets in the world but it still only ranks in seventh place internationally according to Canadean. Consumption in the UK is much higher and reaching maturity, but few companies have so far recognised the opportunities for water enhancers here.

Nichols was one of the first in the UK launching Vimto Squeezy in January this year. Britvic with Robinsons Squash’d followed, but the multinationals remain conspicuous by their absence. The UK market, and other countries in Europe and beyond, would certainly benefit from the growth opportunities presented by a full scale influx of liquid water enhancers. Such opportunities should not be ignored.