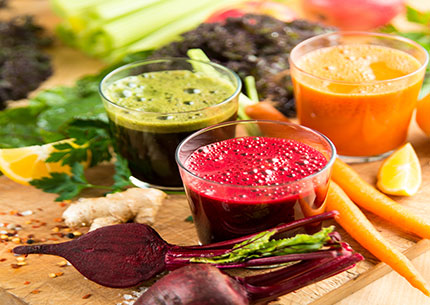 When designing certain categories of new products it’s easy to find natural alternatives. For others, it’s extremely difficult, since many ingredients – such as additives – impact shelf life and therefore profitability within the supply chain. Huge interests are at stake if the clean and natural solution is more costly to manufacture and reduces a product’s life.

However, Canadean Ingredients research reveals that increasingly there are fewer products containing chemical synthesised additives in regions such as Europe, North America, Oceania and South America. Markets lagging behind include Africa, China, India and Russia, where large brands have different ingredient compositions that are dependent on markets. However, Canadean Ingredients believes that these locations will also undergo changes, because, like their European and North American counterparts, Asian consumers are increasingly looking at food labels.

Recent research revealed that 58% of men and 74% of women in Europe and the US read the labels when shopping for foods and beverages; among literate consumers in India, that figure is 90% across all age groups.

Canadean Ingredients defines ‘natural ingredients’ as those derived and extracted from natural sources – for example, fruits, botanicals, vegetables and grains. They are ingredients not manufactured via chemical manufacturing processes such as isomerisation, racemisation or other molecular conversions, or produced via genetically modified organisms.

However, this definition can be problematic. For example, there are seemingly natural extraction technologies such as membrane filtration, reverse osmosis, thermal processing, treatment with natural enzymes such as bromelain, and fermentation via natural organisms such as microbials and fungi.

There are even question marks around natural food. For instance, the European Novel Food regulation requires anything that is natural but that strays too far from consumers’ normal intake to be approved before being applied to foods. Examples include astaxanthin (sea weeds), lycopene (tomatoes), arachidonic acids (fungi) and sterols (plants); these ingredients are highly refined, and need to be assessed by experts. Some end up on the additives list as E numbers and as a result can be subject to negative connotations when in reality they may be all natural. However, there are areas, such as flavour regulations, where authorities are starting to describe the level of naturalness and origin.

Meanwhile, clean label is itself not well defined. It mostly relates to the individual label-reader’s perceptions, and generally refers to formulated products where chemistry has been replaced with well-recognised food components or even nutrients, while, of course, excluding most additives such as E numbers. There are currently several significant trends.

As a population we are keen on soft drinks, desserts and confectionery, a trend that is criticised as being a major cause of lifestyle diseases worldwide. Today, there are two trends in the product development of these sectors: the use of natural sugar from fruits (no sugar added) and a reduction of added sugar (replaced with natural sweeteners).

To reduce the use of sugars, soft drinks can typically be formulated with neutral sweet juices instead of high-fructose corn syrups or sucrose, limiting the number of components listed on the ingredients label. Even cane sugar and honey are increasing in popularity.

Analysis of consumer research data from 2012 to 2013 reveals that consumer perception of what is the healthiest sweetener has not changed, with 47% of 2,000 UK consumers in 2012 and 48% in 2013 choosing honey. The share of consumers who believe sucralose is the healthiest sweetener has in the past year dropped from 16% to 4%, whereas the proportion of people who selected stevia has increased from 9% to 14% in the same time period.

Confectionery and soft drinks are often bright-coloured food products, but the trend towards using natural colours has exploded in recent years.

Synthetic yellows have been replaced by beta-carotenes derived from plants, algae or fungi, or lutein from flowers and algae; synthetic reds by lycopenes from tomatoes and algae; and purple with anthocyanins from berries.

As well as being a significant food trend, clinical research suggests that, besides making life colourful, these natural substances are substantially supporting our health.

For flavours, European rules state that "specific information requirements should ensure that consumers are not misled concerning the source material used for the production of natural flavourings. In particular, if the term ‘natural’ is used to describe a flavour, the flavouring components used should be entirely of natural origin".

Criteria such as the source should be declared, and a minimum of 95% of the flavour should apply to the declared origin, while in the case of blends, the other natural components should also be declared. Flavouring preparations produced from food do not need to undergo an evaluation or an approval procedure for use in and on foods unless there is doubt about their safety.

In Asia there is still widespread use of carboxymethyl cellulose (CMC) or E466 as a gelling agent and thickener, whereas most other markets use pectin fruit fibres E440a(i) or ‘cassia gums’ E427, where they can be declared as proteins or starches, and more clean label.

There are many protein solutions on the market that replace chemical texturisers, and offer additional selling propositions such as vegetarian and kosher (gelatine-free). Dairy protein in yoghurt signals that only dairy and nothing else was added, while in fruit drinks and preparations, the citrus and apple fibres (pectins) mean that nothing else has been added apart from fruit.

When formulating foods, the main challenge in selecting ingredients for clean label are related to additives. Fortunately, the next generation of food additives are successfully conquering the market. An E number can not be avoided because they are entered as additions to the EU positive list, but they do have more appealing names. Many chemical preservatives have been excellent in adding flavour and preventing bacteria in many processed foods, but they carry a risk of promoting cancers, as well as causing an adverse reaction for some consumers.

Benzoic acid (E210) and sodium benzoate (E211) are food preservatives found in juices, nectars, jams and pickled products, and are also used in homemade preserves; however, these are suspected to cause skin disorders. Natural alternatives in new formulations include lactic acids, polylysine and nisin, all from natural bacterial fermentations.

One trend is the acceptance of a shorter shelf life. This is clearly visible in Europe and North America, with sales of pure fruit juice drinks rising and those based on concentrates decreasing.

To conclude, clean label and natural labels represent diverse strategies. Improvements in food technology in recent decades due to biotechnology have made it possible to innovate, and solutions are now many and varied.