In September 2016 a new brand of ‘synthetic alcohol’, called Alcosynth, was announced, and was touted by a variety of different news outlets as the future of drinking, focusing on claims from the creator, renowned Imperial College professor and former drugs advisor to the UK government David Nutt.

He claims that drinking Alcosynth rather than traditional alcohol prevents hangovers, nausea, and other negative effects of drinking, while still allowing consumers to experience the positives.

Nutt claimed that by 2050 he hopes that Alcosynth will completely replace alcohol, and adherents of the product believe it could be the solution to what is one of the biggest factors affecting public health in current-day UK.

Since 2016 though, information on Alcosynth has been fairly sparse. David Orren, Nutt’s business partner and managing director of Alcarelle, an organisation searching for a ‘responsible alternative to alcohol’, was able to provide an update on what the team has been up to since the 2016 announcement.

While the team have never revealed any of the ingredients or the make-up of Alcosynth, Orren has said that they’re “currently undergoing some work to establish the regulatory pathways and costing the work that needs to get done to get Alcosynth approved as a food that can be made available from the normal retail channels.”

A sandbag on a piano: the myriad effects of alcohol

Taking a step back, Orren was keen to explain the various effects alcohol has on the body, in order to succinctly demonstrate the need for an alternative: “It affects vital organs, and it affects wide areas of the brain. It’s a bit like putting a sandbag on top of a piano keyboard, there’s going to be an enormous combination of effects. Some of those are really positive, some of them are unknown, and some are fairly complex. Together, when alcohol is abused it can cause real damage.”

Nutt’s team looked at the combined effects, and tried to as far as possible to pin down the positives without the impact of the negatives. From there came the concept of Alcosynth, trying to replicate these effects. “It’s not a replication of alcohol itself, it’s an attempt to go further and to do something better. We’re looking for a slight degree of reduced inhibition in order to increase social interaction; we’re looking for a sense of agreeableness – a sense of feeling good, and a sense of curiosity. Things you would associate with an interesting, free-flowing social interaction.”

It is worth noting, that despite hailed as a potential tool in the reduction of binge drinking, this is not the team’s target audience. “We’re absolutely not interested in the binge drinkers, we’re interested in the people who want to have a relaxed, casual social interaction, perhaps over dinner or perhaps in the afternoon,” explains Orren. This is not to say that taking alcohol out of the equation would be a bad thing, as social drinking can still be incredibly damaging to people’s health, but treating Alcosynth as a miracle cure for long-term drinking certainly doesn’t seem to be Nutt’s goal.

All the upsides without a come-down?

Despite little information other than its concept being announced, Alcosynth has still come under fire by critics. Some experts claim that it is difficult to find a behaviour-affecting drug that does not have some form of come-down or other side-effect. When asked whether there were any potential adverse effects of consuming Alcosynth, Orren said “I have to qualify this, but so far no. There’s still a substantial amount of scientific work that needs to be done, so I can’t say at this point that its 100%. That’s work to be done, and in fact that’s part of what we’re costing at the moment. That’s going to cost real money.” 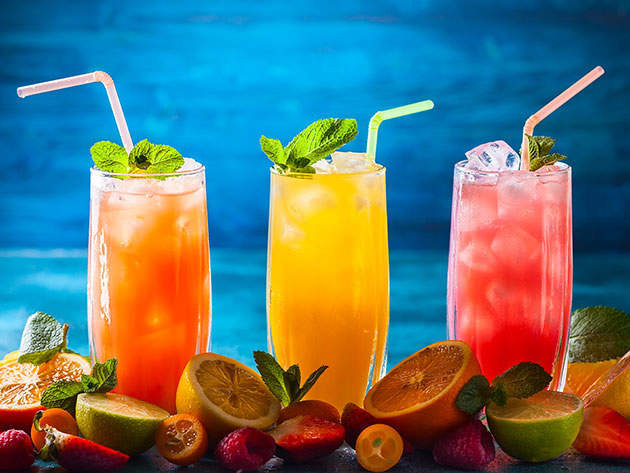 This appears to be the crux of Alcosynth’s of why we’re unlikely to see it on shelves in the immediate future. Any new food or beverage innovation is sure to come under a great deal of scrutiny, but something that claims to alter consumer’s behaviour in some way will certainly need a huge amount of research and testing before it is accepted by regulatory authorities, and that takes a lot of money.

Indeed, this appears to be where most of the team’s time has been spent since the September 2016 announcement. “We’ve done much more investigation into the safety aspect. We now have a much clearer pathway for proving safety and regulatory adherence. We’re now getting very close to releasing an investment memorandum, which will fund the remaining part of the journey. We expect that to be announced in October [2017]. We believe that one viable approach initially will be crowdfunding. We want to engage the imagination of the public, but we want to do that in a fairly cautious way, and with a pathway that’s been defined.”

The end-goal, as Orren puts it, is for Alcosynth to be thought of in the same way that sugar alternatives are currently seen in the market, replicating the pleasurable experience, while trying to leave behind the negative health impacts. It may be an unfortunate analogy though, as the jury is still out on whether sugar-free goods are helpful or harmful, with a great deal of scepticism from both the public and health professionals. Perhaps this is precisely why many are cynical about Nutt’s claim that Alcosynth will replace alcohol by 2050, and why many will still likely turn to a stiff drink to raise their spirits, rather than a synthetic replacement, for a long time to come.