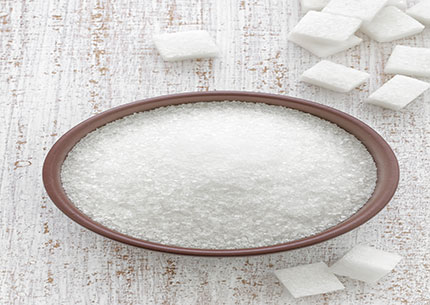 Earlier this year, in June 2013, the new rules for the European sugar market from 2015 to 2020 under the Common Agricultural Policy (CAP) were put in place.

The new agreement reached means that sugar quotas will end on September 20 2017, confirming the intent from 2005’s reform to set a finish date for the quotas while also allowing some time for the sector to adjust.

The change is likely to have a significant impact on the soft drinks industry, with a variety of alternative sweeteners set to come into play.

High prices, sugar shortages and a transformed marketplace has angered EU drinks manufacturers. But associations, such as The ACP Group (African, Caribbean and Pacific Group of States) – who rely on EU imports for employment and production – are staunchly against the move. The CIBE (International Confederation of European Beet Growers), also believes that after drastic structuring due to previous reforms in 2006-2009, the end of the quota system in 2017, instead of 2020, will not give enough time to stabilise the market.

Lobbying against the quotas by the Committee of European Sugar Users (CIUS) – which represents food and drinks companies such as Coca-Cola, Danone, PepsiCo, Unilever, Nestlé and Mars – has been increasing in strength over the last few years. As CIUS members purchase and use almost 70% of the European annual production of sugar for food use, the association believes the implementation of the current quotas are a "major strategic mistake".

Quotas have restricted EU sugar production to "only 80% of EU demand" (with the gap being filled by "imports and exceptional market measures") and have pushed prices up so much that the "EU white sugar price is now double the world market and EU reference prices". They have also transformed the EU marketplace from being "the largest exporter into the largest importer of sugar".

Thomas Baum, head of procurement at Sweet Tec in Germany told the CIUS: "We medium-sized companies, whose main raw material is sugar, are being put into a difficult position in financial and quantitative terms due to the EU’s intentional supply-side shortage and inflexible quota regime. What is more, normal business growth through existing or potential customers is practically impossible since sugar is either in short supply or made unattractive in terms of price through high import duties and costly logistics."

Currently the EU produces around 50% of the world’s beet sugar, which makes up 20% of the world’s sugar production and the remaining 80% is produced from sugar cane. With a total production quota of 13.3 million tonnes of sugar, any excess is considered "out-of-quota" and can be exported up to the WTO limit of 1.35 million tonnes – the rest can be carried over to the following year’s quota or sold for non-food usage. A quota for competing sweetener isoglucose of 0.69 million tonnes also exists.

"The end of sugar production quotas in 2017 will enable the supply chain to operate in a more market-oriented environment," says Robert Guichard, president of CIUS. "This is an important step in achieving supply security, which is a prerequisite for economic growth. It will also allow the EU sugar sector to play an increasingly important role on the world market."

The British Soft Drinks Association (UKISUG) is fully behind the move, believing that the changes will provide a more competitive environment and increase employment opportunities within manufacturing. "For too long, the competitiveness of the industries that use sugar as an ingredient has been hampered by the EU quota system," says Gavin Partington, director general of the British Soft Drinks Association. "A more competitive food and drink industry will secure manufacturing jobs in the UK and benefit consumers."

Steve Adams, group director of supply chain operations in Great Britain at Coca-Cola Enterprises (CCE) is firmly behind the move, as the changes are in-line with the company’s sustainable manufacturing growth.

"At CCE it is our aim to set an industry standard in efficient and responsible manufacturing. Both the EU’s recent decision regarding sugar quotas and the new Soft Drinks Roadmap will greatly contribute to our efforts," says Adams.

Potential of isoglucose: a fresh take on beverage marketing

Jake Himmelspach, strategist at brand strategy firm Peopledesign and author of The Sweetener Market Review for Food Product Design magazine, feels that the lifting of quotas could lower the price of beet and cane sugar and make it more competitive with high-fructose corn syrup (HFCS) or isoglucose as an ingredient.

He says that while consumers are more knowledgeable about isoclucose being tied to obesity – with isoglucose use having decreased in the US – that for beverages where revenue is based on volume of sales rather than profit margin that it makes sense to use isoglucose as a sweetener.

"HFCS would still hold some functionality benefits over beet and cane sugar, but the consumer backlash against HFCS and desire for ‘natural’ when combined with lower costs may be enough for manufacturers to use beet and cane sugar as the preferred sweetener," he says. "If this is the case, some brands could get ahead by marketing the ‘natural’ angle, or even use it as the impetus to product innovation."

Jamie Fortescue, managing director of the European Starch Industry Association (AAF), says that that it is difficult to predict the level of demand for isoglucose in the coming years as consumer acceptance of the ingredient and manufacturers’ willingness to switch from sugar was still unknown, but he does feel that an increase is possible.

"Production is currently limited to 670,000 tonnes in the EU because of the quotas," he says. "The market penetration of isoglucose varies across the world. It is certainly highest in the US where it takes up to 50% of the sugar market. That is not going to happen in Europe, but if you look at Japan, it is up to 20% and that’s certainly conceivable in the EU."

"Because isoglucose is a liquid, it is much better suited to a liquid product. There are some technical advantages, but depending on the cereal prices compared to sugar prices there may be a cost advantage too," he says

"It’s pretty cheap and really easy to use," concurs Himmelspach. "For beverages where revenue is based on volume of sales rather than profit margin (commodity beverages), I think it makes sense to use isoglucose – all in all I would imagine isoglucose with see an uptick, how much of an uptick is hard to say."

However, in the premium beverage market, or for beverages that want to differentiate based on brand, Himmelspach envisions brands going with beet or cane sugar, or "all natural alternative sweeteners, such as honey, agave nectar or monk fruit."

In terms of where the market could go in relation to alternative sweeteners, Himmelspach says he would expect high-intensity sweeteners, such as aspartame (codified as E951 in the EU) and sucralose (also known as E955 in the EU) to continue to rival cane or beet sugar, with stevia leading the way.

But, he says, as consumer taste preferences indicate a decline in these options he feels other alternative and natural sweeteners will take a growing share of the market. "I would place my bet on monk fruit (luo han guo) growing in the coming years as a solid substitute," says Himmelspach.

"Monk fruit has an edge for several reasons. It matches consumers’ favoured taste profiles, is being introduced as table top sweetener and has a great brand story. The brand story is important. It is a zero-calorie, natural substitute that has roots in traditional Chinese medicine."

While he recognises it would be hard for monk fruit and other alternative and natural sweeteners to replace beet or cane sugar, as they are generally more expensive, he believes the premium market could launch its appeal.

"I would expect to see it in premium drinks and spread from there as consumer demand continues to grow," he concludes.