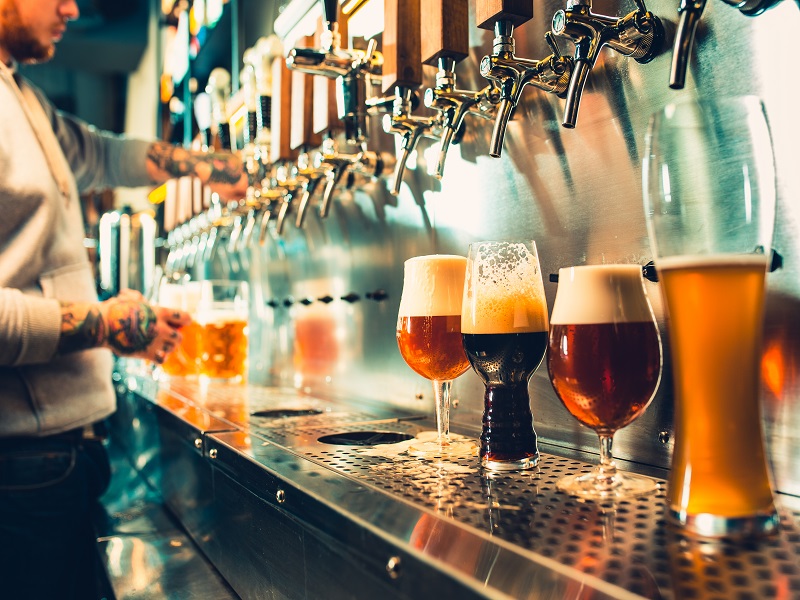 Covid-19 is prominent as Drinks Insight Network lists the most popular tweets on beverages in March 2020, based on data from GlobalData’s Influencer Platform.

The top tweets were chosen from influencers as tracked by GlobalData’s Influencer Platform, which is based on a scientific process that works on pre-defined parameters. Influencers are selected after a deep analysis of the influencer’s relevance, network strength, engagement, and leading discussions on new and emerging trends.

Top tweets on beverages in March 2020

Eli Greenblat, a reporter, tweeted about a notice issued by Carlton and United Breweries, Australia’s biggest brewer, regarding the possibility of beer being unavailable in Australia for next three months if the government does not exempt breweries from the current lockdown.

The government of Australia announced the closure of all non-essential stores and businesses due to the Covid-19 outbreak. Carlton noted that the government should exempt breweries as shut down of operations can affect beer production and thousands of jobs. The company noted that the UK and other countries have allowed retail and takeaway alcohol and recommended that the Australian government take similar steps.

BREAKING NEWS…. BREAKING …. Carlton & United Breweries warns unless breweries classed as essential and allowed to stay open we run out of beer in 3 months …. @australian more to follow … pic.twitter.com/kMTv61VVSf

Jacob Dean, a food and travel writer, shared a video of the fermentation tanks at Cruzan Rum’s brewery in St. Croix in the U.S. Virgin Islands. The video shows the movement, which occurs due to the interaction between water, molasses (sugar), and yeast, within fermentation tanks.

The movement occurs without the addition of any other ingredients and without any mechanical agitation.

One of the fermentation tanks at @CruzanRum on St. Croix. The movement is entirely thanks to the interaction between water, molasses (sugar), and yeast. No other ingredients, no mechanical agitation. #presstrip #stcroix #cruzanrum pic.twitter.com/Xbxr5PNKEj

3. Roger Protz’s tweet on cask ale being at a disadvantage during the Covid-19 outbreak

Roger Protz, a writer, noted how breweries are making beer available online and via drive-through during the restrictions being imposed by governments in various countries due to the Covid-19 outbreak.

Roger noted that local brewers are unable to sell cask ale in a similar way as they have been forced to shut down operations or conduct beer festivals. He added that cask ale is at a disadvantage compared to other beers due to the current restrictions.

So much beer available from hard-working brewers online & drivethru, but a major casualty is #CaskAle. (Lack of pubs lack of beer festivals)
When all of this is over – keep safe everybody – I hope those who love the style will seek it out with a passion and raise a glass with me!

Kara Newman shared an article on how various distilleries across the US are converting gin and other spirits into hand sanitizers and cleaning products during the Covid-19 pandemic. Some breweries are using various forms of gin to clean their table tops and other areas due to a lack of supply of sanitising liquid. They are also distributing these liquids to local hospitals.

Other breweries are making hand sanitizers by mixing gin, aloe vera and other ingredients and providing them to people who are in need of them.

Need a little good news? These distilleries are literally turning gin (and other spirits) into hand sanitizer to help communities through the #CoronaVirus crisis. My latest for @WineEnthusiast: https://t.co/PGT8MLGEBk

Jeff Alworth, a blogger, urged people who were purchasing beer to buy it from local breweries in his tweet. He noted that local breweries are in need of direct sales and need the business as they have been forced to close their operations due to the Covid-19 pandemic.

Jeff added that many breweries will deliver beer to homes and urged people to call and enquire regarding their willingness to deliver. He noted that it is necessary to support you local brewery during the uncertain economic environment.

If you’re going to be buying beer anyway, consider buying directly from your favorite local brewery. They need business, and direct sales are by far the most profitable in these cash-poor times. Many will deliver—just call and ask. #SupportYourLocalBrewery https://t.co/9N0OUWbN8a