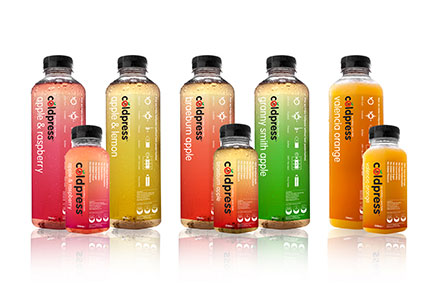 From health food shops to supermarket shelves, HPP fruit and vegetable drinks products are squeezing their way into the UK drinks market – but if the benefits are so great, why are HPP-processed drinks just becoming available now?

Although HPP came about in the 19th century, technology did not allow the process to be used commercially until the 1990s. This was largely due to engineering improvements which have allowed the technology to become commercially viable, explains Mark Linton, who carries out testing into HPP at the Agri-Food and Biosciences Institute (AFBI) in Northern Ireland.

"As water is the pressure transmission medium, this process uses hydrostatic pressure, exactly the same type of pressure that a diver experiences when they descend, therefore it is a totally natural process," he says. "However, the pressures that are generally used for food processing are in the region of 400-600 MPa (4,000-6,000 bar) and these are far in excess of any pressure found naturally on the surface of the earth. For example, the pressure in the deepest part of the Mariana Trench (around 10km deep) is approximately 100 MPa. It is these pressures that inactivate both spoilage and food poisoning microorganisms to extend the microbiological shelf-life and improve the microbiological safety of foods."

The AFBI has been researching HPP since the nineties and says that Japan was the first country to use HPP to produce fruit juices and jams. However, by the end of the 1990s HPP products were available in Europe (such as fruit juice in France) and the US (to make foods such as guacamole and salsa). The AFBI has a 35-litre capacity high pressure Avure press at its Newforge site in Belfast, which is used for research and to help companies develop HPP products.

The HPP process: from plastic bottles to pressurised vessels

Before they go through the HPP process, foods are pre-packaged in flexible packaging, such as plastic bottles, placed in a loading tube and then loaded into the pressure vessel, which is sealed and filled with potable water, says Linton.

He adds: "Further water, under pressure, is pumped into the vessel and in this way the pressure is increased. The pressure is transmitted instantaneously and uniformly through the water to the food. Once the desired pressure is reached it is maintained for a pre-determined hold time, which for fruit juices is typically one to two minutes." When the cycle is finished the pressure is released and the product can be removed.

Linton says that the UK and Ireland have been slower to take advantage of the technology and it was not until relatively recently, in 2010, that the first HPP products were widely available in the UK.

When Australian Andrew Gibb, founder of award-winning Australia-based fruit and vegetable juice range Preshafruit – part of food company Preshafood – came over to the UK several years ago he says that he "couldn’t believe that no one was doing HPP juices".

Diving into the UK market: the Coldpress range

Having been making HPP juices since 2007 when he was back in Australia, which has led to the company becoming a world leading Australian food and juice processor, Gibb recently founded a separate drinks company called Coldpress in the UK. Coldpress produces a range of fruit juices, which launched in Waitrose in 2011 and are now in most of the UK’s major supermarkets, as well as health food shops, delis and coffee houses.

"When Coldpress launched it was the only HPP brand in the UK, and since then we’ve launched about ten HPP products," says Gibb. It has also just launched a smoothie range, which, says Gibb, outsells the Innocent smoothie range during Tesco promotions and is helping to anchor the brand. "Because of the quality of the product, we hope we change customers’ loyalty," he says.

Next to be launched is an English brand, a "cloudy English apple", which will be on the shelves in March. Gibb explains that Coldpress started out with single variety apple juices because the benefits from HPP are most pronounced in apples, because consumers recognise the different taste of a Pink Lady or Golden Delicious apple.

Gibb, who considers himself to be something of an HPP veteran, believes that HPP is a "silver bullet" in terms of processing due to its superior taste and nutrition. "It also has a longer shelf life," he says. "Innocent smoothies have 14-20 days, but we’re getting up to 200 days with our products – and our main grocery clients love the fact there is minimal wastage."

Coldpress operates at the top end to get the quality (6,000 bars) and the product is held for somewhere between two and three minutes. As HPP is a batch process, the bottles have also been designed with a hexagonal shape to optimise the use of their chosen equipment, which is from Hiperbaric. "Our bottles are the most efficient shape in the world for the top-of-the range HPP machine," says Gibb. "It’s about being the most efficient HPP producer in the world."

While there are many young juice brands in the UK using HPP, Gibb is aiming for Coldpress to "be a genuine challenger brand" for Tropicana. But increasing consumer education to understand the quality of the processing, he believes, is fundamental.

"What’s the point in having beautiful organic fruit if, by the time it’s pasteurised, there’s no nutritional value in it?" he says. "As a brand leader we’ve got an education process to do – and once people understand they will be more respectful of brands like Coldpress."

Pret A Manger has just introduced two HPP drinks products into its range: Green Goodness and Beet Beautiful Juice. And, according to Rosie Willis, the company’s Technical Development Manager, the drinks are proving "very popular" with customers. "Sales are comfortably ahead of our initial projections," she says, adding that feedback on Twitter and Facebook is also "hugely positive".

"HPP allows us to avoid heat treating our juice and therefore maintains the natural colour and flavour of the fresh fruit and vegetables," says Willis.

Rose Aldean, Co-founder and Director of Sales and Marketing for Mello, a new natural melon juice drink on the UK market, decided to launch the product after the company’s "extensive research indicated a significant gap in the drinks market for raw, fresh juices and a very clear gap for fresh melon juice". Melons are the number one selling exotic fruit in the UK, so she set about trying to create the UK’s first range of 100% raw fresh melon juice. The product launched in November 2013 and within three months it was available at a range of retailers, including Whole Foods Market and Planet Organic, and will be available at premium UK department stores later this year.

"We knew we wanted to capture all the raw goodness of the melon in a bottle, but it was clear that traditional heat pasteurisation was too damaging," she says, adding that they found the answer with HPP. "No other method would provide the same quality and fresh taste of melon juice that HPP offers – and now that we have found the ideal conditions, the quality is second to none."

Aldean says that clear consumer demand for Mello has been demonstrated since the product was launched, but, like Gibb, believes that as HPP juices are still a fairly new concept in the UK drinks market that there is still a way to go on informing consumers about the benefits of HPP. However, once consumers are more aware of the benefits compared with heat pasteurising, it is logical to think that HPP could become the standard way to produce raw juice drinks.

Aldean concurs: "With reports suggesting that the value of the fresh drinks market is set to steadily grow over the next few years, we believe that as consumers discover more about the benefits of raw juices, such as Mello, that traditional heat pasteurised drinks will eventually become a thing of the past."