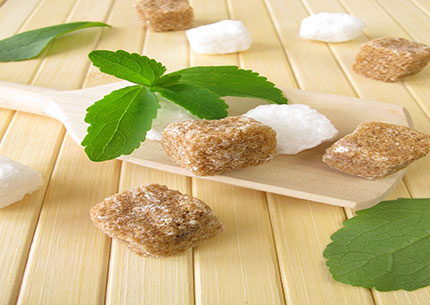 Although used for hundreds of years in South America, naturally-derived, zero calorie sweetener stevia has only been approved for use in food and drink since 2008 in the US and 2011 in the European Union. Since then, the market has exploded, with stevia now present in 40% of new soft drink products launched in the EU each year.

In its natural form, stevia is a leaf that is 30 – 45 sweeter than sucrose, but unusually for a natural product it has had a full toxicological study, and is available in a variety of compounds known as steviol glycosides, which offer sweetness profiles that can be 300+ times sweeter than sugar.

However, the early formulations of the sweetener have had some downsides, including a thin mouthfeel, bitter or liquorice-like aftertaste and blending challenges. But can a new crop of compounds resolve these issues?

With no calories and no induced glycemic response, stevia has tremendous potential in the drinks industry. "Stevia is what some in the industry call the ‘Holy Grail’ of the sweetener industry," explains Robert Brooke, CEO of development-stage agri-bio business Stevia First. "The most broad reason for that is that it fits this unique space as something that is natural and is also zero calorie."

However, early versions of the sweetener were by no means perfect. The first steviol glycoside to be developed – stevioside, also known as stevia 1.0 – presented considerable challenges to manufacturers. "Stevioside was introduced as a commercial sweetener in Japan in the 1970s, and it has had quite a bit of success, but there are a lot of off tastes to it – very bitter, liquorice," explains Brooke.

However, this flavour profile was improved with the development of a more refined steviol glycoside. "The main stevial glycoside that was taken from the leaf was Reb A [Rebaudioside A], and basically that’s what we call stevia 2.0, that’s what’s really been driving the adoption of stevia in the market globally," says Sue Bancroft, global marketing director of leading high-purity stevia producer PureCircle EMEA.

Reb A has proved tremendously popular, and is the steviol glycoside most commonly found in drinks with stevia listed on the ingredients. For Brooke, its popularity was due do its balancing of a number of key factors.

"The taste is good enough, it has the right stability, the right solubility, it can be used in beverages and the cost has been good enough," he explains. "Reb A has a much better taste profile than stevioside, which has enabled it to have by comparison a lot more market success, evidenced by Vitamin Water Zero having over 100 million sales in the first year of existence."

However, while Reb A has proved popular, it still presents a significant challenge with regards to formulation if manufacturers are to avoid a thin mouthfeel and bitter aftertaste. "With Reb A as you increase its concentration people do detect some amount of off-taste," explains Brooke.

The vast amount of research and development that has been undertaken with stevia has led to a third generation of products that offer a far more refined form of the sweetener. "It’s not about Reb A anymore, it’s really about the continual innovation and development of stevia, which is really still quite new and still in evolution stage, it’s still in development stage," says Bancroft.

At PureCircle, this new range of compounds is known as Stevia 3.0, and it offers considerable advantages over Reb A. Bancroft explains: "What we’ve understood now is that Reb A is very good and very relevant, it’s actually getting us to better taste profile and deeper calorie reduction when we blend across our range of products."

Brooke is also keen to stress that stevia has progressed from Reb A, with the formulation of Reb D and Reb X. "With Reb D and Reb X there is very little off taste at all. But at the same time, certain hyper-sweet sweeteners have low maximum sweetness density, and so they can’t be used as relatively high concentrations – Reb D and Reb X can improve on that," says Brooke.

This research has also led to the development new techniques for producing stevia. In addition to building a network of growers in California, Stevia First has developed a technology for producing steviol glycosides that are in too low concentrations to be directly derived from the stevia leaf.

Called Nature Identical, the technology produces compounds such as Reb X that are identical to those found in the leaf but are produced using other methods. Such techniques could help lower the cost of stevia and further push it into the mainstream drinks market.

No matter what form of stevia is being used, formulation is still important if manufacturers are to develop appealing products. In particular, stevia cannot be treated as a direct sugar replacement, as Bancroft explains: "When you replace sugar with stevia, because it’s such a high sweetness potency, it isn’t a linear relationship, so it isn’t where you take out 5% of sugar and you put in x amount of stevia and the more sugar you take out the more stevia you put in."

Martin Hall, CEO of Freedrinks, which recently launched stevia-containing alcohol alternative ZEO, agrees: "I think that stevia’s challenge for some of the existing soft drinks is that you can’t just throw it into an existing soft drink and hope that it will taste the same. It doesn’t – it changes the flavour."

Hall is keen to stress that formulation was very important when developing ZEO to ensure that no bitterness was experienced by consumers. "You have to be quite clever to mask any of the perceived negatives of stevia, in terms of aftertaste," he explains. "That comes from being able to build the drinks, so we’ve used different ingredients – other plant extracts – to help balance the overall flavour out."

However, a blend of newer steviol glycosides can offer a solution that more easily fits into existing drinks formulations. Bancroft explains: "It may be that two or three of those can be used in a formulation and that gets the best tailor-made solution for the food or beverage or the specific taste profile or mouthfeel according to the category."

Using other ingredients with stevia is also common to develop an effective formulation. "You might need in some cases to build back some mouth feel, so it wouldn’t be just purely using stevia, you might want to use some other ingredients to get to a really good formulation," says Bancroft.

Stevia enjoys quite a strong positive image thanks to its associations with nature, particularly in light of recent food scandals.
"We remember the horse meat scandal, and we think it’s only horse meat that consumers are asking questions about. It’s not, it’s had repercussions I would argue across the whole mentality of the consumer, and they’re asking the question "what’s in it" before they drink it," says Hall.

For consumers, knowing what is ok can be challenging, so stevia provides an easy air of acceptability. "I think it’s the association with a plant, so it allows the consumer to act without suspicion," Hall explains.

However, not all consumers are aware of stevia, so there is considerable potential for further growth. According to Brooke, in the US "it was maybe only 2008 and 2009 where consumer awareness of stevia was 10% and so it has definitely improved now. But the figure may only be 60 or 70% so there is still a very significant part of the population that has never even heard of stevia."

So how can drinks manufacturers grow stevia’s positive image? "It’s a question of understanding what really resonates well with consumers," explains Bancroft.

"What stevia does is because it has a natural origin, in the consumers mind its equated with those very positive images of natural sweeteners even though it has the health benefits of being low in calories, calorie free and good for diabetics," she says.
"So it’s a really interesting positioning that brand owners are available to take advantage of, and the fact that it comes from a leaf is a very powerful message."

Could this mean an end to sugar?

It’s no secret that sugar is a concern both for the public and for the drinks industry. According to Brooke, in the US "31% of the sugar supply is absorbed by the beverage industry."

But could stevia be the saviour of public health? "Sugar does have some properties that are hard to recreate, that stevia can’t do," explains Brooke. "But stevia can represent a very significant alternative to sugar and to help companies eliminate or drastically reduce the amount of sugar in their beverages. And that sure seems like the direction they’re heading."

Significantly, stevia is not positioned as a sweetener for diet drinks so much as it is a way of making normal drinks healthier. "We sort of talk about that as almost redefining regular beverages, so it doesn’t have to be that you develop a line extension," says Bancroft.

It is possible, then, that sugar could all but vanish from our drinks in favour of stevia. Brancroft says that replacing sugar completely is "a question of formulation and expertise" and that at present it is more effective as a calorie reducer rather than a zero calorie solution. However, this could change in time. "There’s continual innovation and to come up with a solution that is the zero calorie option for carbonated soft drinks and juices is definitely on the agenda," she says.