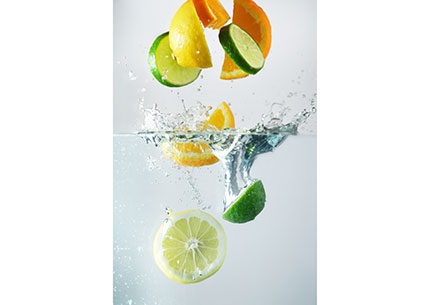 Riding the growing consumer trend of health and wellness, flavoured and functional waters are occupying an increasingly visible shelf placement between packaged water and other soft drinks. Often boosting lower calorie content than other soft drinks but offering more taste appeal than plain water, flavoured and functional waters are an attractive proposition to many consumers.

Flavoured water has much deeper roots than functional waters in the European soft drinks spectrum, representing around 2% of consumption. Volume is, however, currently concentrated primarily in ten countries which account for over 80% of the region’s flavoured water sales.

The biggest consumers of flavoured waters are Poland and the Czech Republic. Both markets have a strong local mineral water tradition and packaged water producers – such as Zywiec Zdroj and Naleczowianka in Poland and KMV in the Czech Republic – have leveraged their brand heritage in developing flavoured products. Initially carbonated variants were in vogue, but recent years have seen a shift in preference to non-carbonated drinks.

Still variants also dominate in the UK, Western Europe’s largest flavoured water market, where Danone’s Volvic off-shoot, Volvic Touch of Fruit, leads the market. The company continues to build on the brand with new flavours and the launch of Volvic Juiced last year. The success and margin potential of flavoured water has not gone unnoticed by the major retailers and private labels are catching up.

In terms of flavours, citrus variants are still the number one in traditional markets, but more variety is emerging. Mixed flavours and berry combinations have made strong inroads in recent years and manufacturers also draw on herbs and botanicals to tap into growing consumer demand for ‘natural’ ingredients and flavourings. Limited edition and seasonal variants, such as Spendrups’ gingerbread water, Ondrasovka’s orange and cinnamon concoction and Danone’s coconut and pineapple flavour are also emerging.

Functional waters, by contrast, still occupy a niche. Development has been held back to some extent by the premium pricing of these products – in the current economic climate many consumers are unwilling to spend more for the additional value. PepsiCo’s Aqua Minerale Active heads the market on the strength of its presence in Russia, followed by Adelhozener’s Active O2 brand.

In the UK functional water received a boost with Coca-Cola’s acquisition of Glaceau Vitaminwater in 2007. The brand has made a successful transition from the US to European markets and was reformulated using stevia and new vitamin and mineral combinations in the UK in 2012. Whilst many functional water brands are very low in volume, more producers can be expected to enter the category going forward – most likely through existing range extensions, as they pose less of an investment risk than new launches.

All in all, the future looks optimistic for flavoured and functional waters in terms of both volume and value growth. The concepts offer manufacturers the opportunity to embrace the health and diet needs of different consumer groups, as well as tapping into young consumers’ willingness to experiment with products that offer a credible health benefit and/or make a lifestyle statement.

Flavoured and functional waters very much resonate with the trend to consuming ‘on the go’, and convenience outlets can generate high margins for producers and retailers. However, as a Canadean analyst cautions, "producers will need to not only differentiate and nurture their brands, but also be vigilant in navigating the legislative environment in terms of health or ‘natural’ claims".