According to a survey by Office for National Statistics (ONS), 20.4% of UK adults say they do not drink alcohol, a 1.6% increase on 2005 statistics.

The data also reveals that young people aged 16 to 24 in Great Britain are less likely to drink than any other age group.

A separate research by NHS the Health Survey for England (HSE) has found that the number of lifetime abstainers has increased from 9% in 2005 to 17% in 2015.

In a press release to mark the launch of the data HSE study corresponding author Dr Linda Ng Fat said: “Increases in non-drinking among young people were found across a broad range of groups, including those living in northern or southern regions of England, among the white population, those in full-time education, in employment and across all social classes and healthier groups. That the increase in non-drinking was found across many different groups suggests that non-drinking may become more mainstream among young people which could be caused by cultural factors.”

At the same time, a food and drink data firm CGA, found that for the on-trade sales of no and lower alcohol beers, ciders, wines, spirits and mocktails were £232m in 2017, almost a 3% increase on the year before.

The figures highlight an opportunity for drink manufacturers to expand or introduce their alcohol-free offerings.

So what options are out there?

At the beginning of the year, Square Root London launched a premixed alcohol-free gin & tonic.

The gin part of the drink is made using brewed juniper distillate, as well as steam distilled botanicals such as coriander, cardamom, Persian dried lime, Sicilian lemon peel, and liquorice. While the tonic water is made with natural quinine and lemon peel to provide the drink with a citrus flavour. 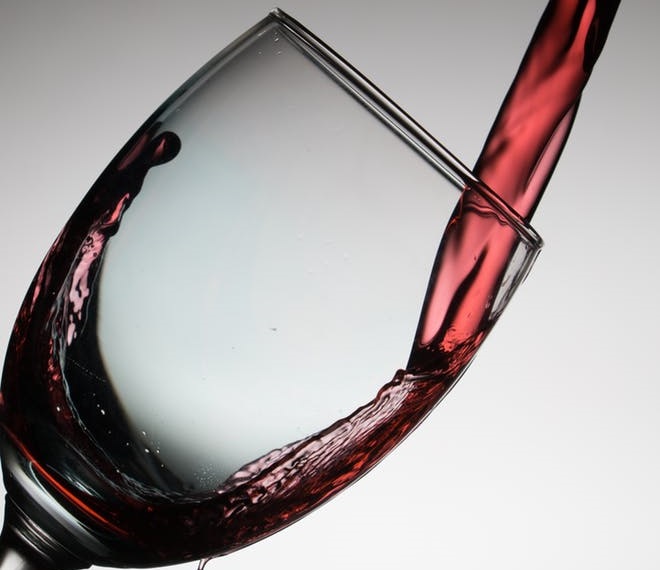 Memento is made with a variety of botanicals, each distilled individually and then blended. These botanicals are Rosmarinus officinalis, lippia citriodora, rosa and helichrysum italicum. The alcohol-free spirit also contains lots of lemon and citrus, with some spice and honey too.

The drink comes in a beautifully designed bottle, with a wooden lid and base. There are five transparent panels on the label, which reveal a landscape image on the other side of the liquid.

According to the brand, the vertical slits on the label represent the five senses, while the landscape in the background is said to ‘almost a memory, momento’.

The brand has managed to seamlessly tie together ancient distilling tradition and modern branding to attract a new wave of abstinent.

Memento is made using organic ingredients, vegan, sugar and gluten-free.

Called Labdanum, the 0% alcohol spirit is made by Surendran & Bownes and is designed to give “discerning drinkers a detox-friendly spirit alternative”.

Surendran & Bownes have before developed an alcohol-free gin for the St James’s hotel in London in 2015.

They claim that the Labdanum is similar to the ‘London Dry’ gin style, but has ‘added complexity from the use of exotic aromatics more common in perfume making than gin production’.

Among the botanicals in the juniper-dominant blend are tonka bean for richness, wormwood to add a herbaceous edge, rose water, cranberry and orris root for fruity, floral notes, and coriander seed, cinnamon, cardamom and clove for spice.

The company suggests that the gin is mixed with tonic, with three parts tonic to one part Labdanum, and garnished with star anise.

Gordon’s have taken a different approach to attract consumers looking for non-alcoholic alternatives. In July, the company launched its ultra-low alcohol gin & tonic flavoured drink. The drink offers a low alcohol gin alternative with all the depth of flavour and complexity of a classic Gordon’s gin & tonic.

The drink contains less than 0.5% ABV and 68 calories per serve, which is ideal for a consumer looking to moderate their alcohol intake.

Diageo’s general manager for Great Britain, Ireland and France Charles Ireland said in a statement: “Gin is booming at present and there is currently a real unmet demand from consumers for a credible low or non-alcoholic gin alternative that has the same depth of flavour and sense of occasion as an alcoholic drink. I’m therefore delighted to see the launch of Gordon’s Ultra Low Alcohol G&T – a fantastic addition to the market that aims to meet this consumer demand.”

In 2015 Seedlip has become the first company to launch a distilled, sugar and additive-free non-alcoholic spirit. It is available in three versions, including Spice 94, Garden 108 and Grove 42, while Seedlip is not actually a gin since it does not contain juniper, the company recommends the drinks are served with tonic.

Spice 94 is distilled in a copper pot with different botanicals including lemon peel, cardamom and cascarilla tree bark.

Garden 108 is a floral blend of handpicked peas and home-grown hay, with traditional herb distillates.

Meanwhile, Grove 42 is a citrus blend of three types of orange and spice distillates.

Seedlip’s are sugar-free and contain zero calories, they are also free from colourings and artificial flavours.

In 2016 Diageo announced its investment in the company through the group’s accelerator programme Distill Ventures.