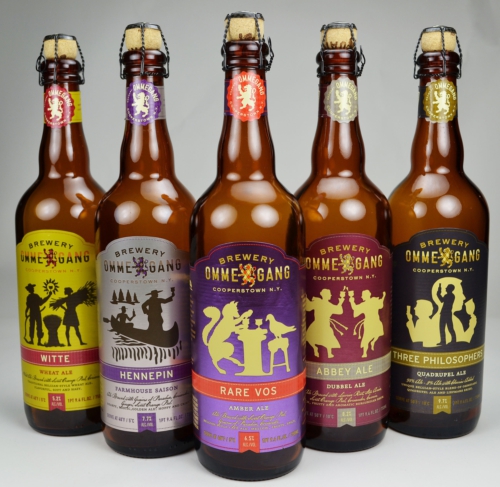 Ommegang Brewery has given a new look to its Belgian style pale ales by redesigning its label and logo.

As Ommegang beers reported growth in the market, the company sought for change with a look that had brand recognition and good appeal on the shelf.

The company approached Duffy & Partners to redesign the brand with a new logo and label, and used Flower City Printing for printing the new logo and metallized paper labels from AR Metallizing.

The idea to use the metalized paper labels for the Ommegang beers was put forward by Flower City Printing, which aimed to give a traditional old world look on craft beers.

After a number of ink drawing trials during the prototyping process, Flower City Printing finally came up with a luminous, pearly effect for the new labels.

Flower City Planning account executive Dana Jenkins said, "Using the metallized paper from AR Metallizing, made the final result we wanted that much easier because just by playing with opaque and transparent inks were we able to get elegant, beautiful labels that help visually evoke the quality that Ommegang Brewery is known for."