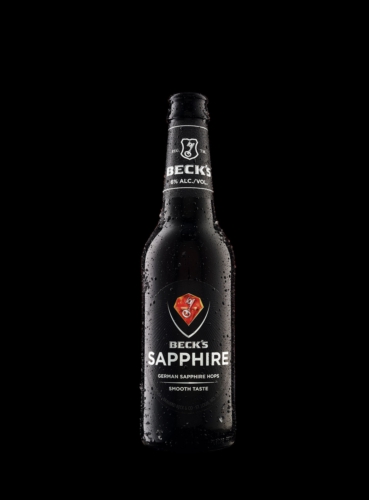 Beck’s Sapphire is brewed according to the German Purity Law of 1516 and uses only four natural ingredients including the German Sapfir aroma hops that are usually used as a finishing or conditioning hop.

The company is offering the pilsner in a sleek black glass bottle, which was designed for over two years, to protect the beer from light.

Anheuser-Busch US marketing vice president Paul Chibe said the beer continues and builds the brewing tradition of the Beck’s brand.

Beck’s Sapphire will be available at clubs, bars, restaurants, grocery and liquor stores throughout the nation in 12oz black glass bottles in six and 12 packs.

To support the launch of the Beck’s Sapphire, the company rolled out the product at high-end New Year occasions throughout the country.

The company further plans to make the brand available at pop-up locations in Beverly Hills in Los Angeles, Michigan Avenue in Chicago, SoHo in New York City and South Beach in Miami.

Image: Anheuser-Busch will support the launch of Beck’s Sapphire with a multi-faceted national advertising campaign throughout 2013. Photo: Anheuser-Busch