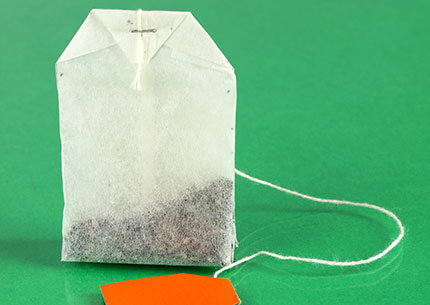 Britain is without doubt a tea-loving nation. A survey published in June 2012 found over half of respondents rely on a traditional brew to kick start their day, compared to just over a third opting for coffee. Across the Atlantic, however, it is the espressos, cappuccinos and mochas that are king. But as tea’s health benefits hit the mainstream, the tide may be about to change.

New York-based tea chef and certified tea specialist, Melanie Franks agrees. She says: "There is more availability, people are becoming more educated and there’s been quite a big health push that’s put tea in the spotlight."

Tea’s uses are endless but as its antioxidant benefits gain scientific support, chefs and consumers alike are reinventing its homely ‘hot drink in a cup’ image to an alcohol-filled jug in a trendy bar in the evening or a refreshing glass of juice on a hot summer’s day.

The super drink: tea and a healthy lifestyle

The UK’s Tea Council website offers a number of reasons why a ‘cuppa’ fits into a healthy lifestyle. The extensive list ranges from its natural fluoride that protects against tooth decay and the antioxidants that prevent against cancer to the fact a hot brew contains half the caffeine found in coffee.

"For a while it was like ‘drink green tea, it has antioxidants’ and people were turning to it first for health reasons. Culinary speaking, it’s a new ingredient and something that hasn’t been tapped into much, at least in Western society," explains Franks.

For chefs and restaurateurs, however, the health benefits are just a bonus. It is the wide variety of flavours and types available that have caught their attention. "Being a chef I love flavours and with tea there are lots and that’s how I fell in love with it," says Franks.

In many ways a cup of tea has the same variety of shades, flavours and countries of origin as a fine wine, which means there is a type to suit everyone. "There are approximately 1,500 different varieties of tea, all offering interesting and varied styles, taste and colour. The character of tea, like wine, is influenced by the elevation of the soil, wind conditions and temperatures and, of course, the quality of the plucking," enthuses the UK Tea Council.

Tea and wine’s similarities don’t end there because a good old-fashioned brew also makes a tasty accompaniment to cheese. Franks, who works at the Specialty Tea Institute, has designed classes and events around tea and cheese pairings.

She combines tea with cheese to bring out tea’s flavours and educate people without being too pompous. The classes are alcohol-free so appeal to a much wider audience than wine and cheese events and can take place before lunchtime without any eyebrows being raised.

"If there’s food around people feel more comfortable and involved. Most of the time people come away from it liking the food and trying a tea that they never would have tried before," she says.

Certain teas, like wines, have more acidity to them, which means they contrast well with fatty cream cheeses. Clotted cream, for example, goes well with black tea because the tea cuts through the fattiness of the clotted cream.

"That’s a very classic pairing but you can take that and elevate it to using high-end artisanal cheeses and using different teas because tea and fat work very well together, like tea and pastries," she explains.

Tea and cheese pairings is a relatively new concept but, Franks believes, it is the ever-popular green tea that is still the biggest trend. Thanks to the amount of research supporting its antioxidant benefits green tea’s popularity is set to continue.

"I would say green tea is the trendiest [type of tea] right now because it’s getting a lot of publicity for its health benefits, and, mocha, you can pretty much find mocha everywhere too."

The well-known favourites, such as earl grey and English breakfast are not going anywhere. It is the more unusual varieties of Lapsang Souchong and Pu-erh, however, that are increasingly stealing consumer interest.

Aside from flavours, it is the way that the drink is being consumed that is beginning to change. It will always be in the hot beverages menu alongside its coffee counterpart but in upmarket bars, tea is enjoying its time in the spotlight as an unusual and stylish cocktail ingredient.

"I’m in New York City so there’s a ton of different things out there. I’ve seen tea with tequila, green tea spritzers, and earl grey martinis. I think if you go to a mixologist or high-end mixer cocktail place you’ll definitely see at least one tea cocktail on the menu because there’s such a wide range of flavours that you can get from it. Tea can be more vegetal, it can be smoky or fruity, and it just lends itself to creating drinks very easily," says Franks.

What’s next for tea?

For those wanting to go teetotal, tea coolers provide a perfect alternative to a cocktail because it is a non-alcoholic cold mixed drink. Demand for beverages with a low or non-alcoholic content is expected to grow in 2013 so more of these drinks could be making their way onto stylish bar menus and grown-up summer garden parties.

A tea brewed in freshly squeezed juice instead of water, is another modern way of getting the antioxidants of tea and the vitamins found in fruit juice all in one go. "If you find a tea that you really like, you can try to cold brew it and then you can maybe have it with apple juice," suggests Franks.

The antioxidant benefits of tea have led to consumers and chefs alike getting experimental. But even without a helping hand, tea has always had the ability to change, which is arguably what makes it so special.

"You might have one tea one year but if the weather changes and there’s more rain, the tea won’t taste the same the following year," says Franks.

Tea’s beauty is its ability to evolve and the more we learn about its benefits, the more it will be incorporated into everyone’s daily lives. As Franks puts it: "Tea is never stagnant. It’s constantly changing" and most importantly of all "there’s more to come".