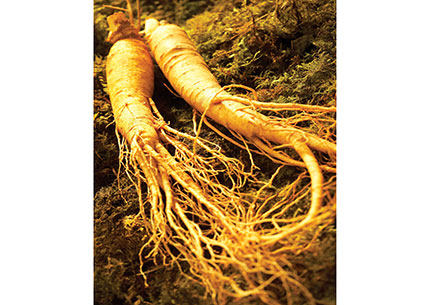 Launching a new spirit is always a challenge, but particularly so when your drink cannot be easily placed into an existing category. This was the challenge that faced Alex Kammerling when he created Kamm & Sons, a spirit made with 45 botanicals, including ginseng, grapefruit peels and manuka honey.

"Ginseng is main base for a couple of reasons, it doesn’t taste like anything else, it’s got quite an earthy taste to it but as soon as I tried ginseng for the first time I was like, ‘wow, that’s just a new flavour’" explains Kamm & Sons founder Alex Kammerling.

Ginseng has also traditionally been seen to have health benefits, although Kammerling is keen to stress that he doesn’t make any health claims about the drink. "I wanted to make a healthier drink for myself really," he explains. "I don’t get any hangovers on Kamm & Sons."

Making a spirit: building the brand

Kammerling is a veteran of the drinks industry, having become a bartender after moving to London to pursue a career as a sculptor. "I sold some work, but I didn’t sell enough to make ends meet and I was working in bars and evenings to pay my rent," he explains. "This was in the mid 90s so I was in the right place at the right time; the cocktail renaissance was just kicking off."

He worked with bartending legends such as Dick Bradsell at famed style bar Detroit, before becoming a reviewer for bar magazine Class and writing a cocktail book for the BBC. But it was moving into an ambassadorial role that made Kammerling realise the potential of making his own spirit. "I was the first ambassador for Miller’s Gin and then I helped them develop their Westbourne strength, and it got to the point where I thought ‘hang on a minute, maybe I should be working on my own product here’," he says.

The creation of Kamm & Sons was unusual, happening over a period of five years in Kammerling’s flat in North London. During this time he also decided that he needed to learn more about the business side of spirits, so got a job with Grey Goose where he learnt about marketing, PR and product strategy.

In the mean time Kammerling collected botanicals and did extensive research on their medical and health benefits. He infused these with alcohol and began working towards a recipe. "I was just in my flat in North London all these jars of high-strength alcohol with all these botanicals in," he explains. "I had about 120 at one point, so went through each one and made tasting notes and tried to develop a recipe."

Initially Kamm & Sons marketing was heavily linked to its botanical formulation. "We’ve being going round and talking to bars and we’ve been giving talks on the history of alcohol as medicine," says Kammerling. "We’re moving away slightly from that and more into the aperitif category. We’ve renamed it Kamm & Sons – the British Aperitif."

Part of this refocus has been the design of a larger bottle. The product was initially sold in 50cl bottles that resemble old-fashioned cough syrups, but it is now being launched in a 70cl bottle with a new shape. "It was always designed to be drunk as an aperitif but we’ve just focused it more and yes there are all the ingredients but we’re not talking to them quite as much to the consumers," says Kammerling.

He says the primary reason for this was a need for clarity among consumers. "Bartenders want to know everything about it, so we’re quite happy to talk about how it was made, the production process, the development stages and everything, but you don’t have time to explain that to consumers – you need an easy catch," he explains.

While ginseng does have some appeal, Kammerling felt that a lack of knowledge about what it is among consumers was limiting its pull. "I think now people still won’t know what ginseng is or does or anything, but they will know that an aperitif’s a proven drink, they will know that it’s from the UK so it does help to cement the product," he adds.

Kammerling says that drinks buyers are responding well to the product, with a feeling that it represents something quite different for consumers. "We’re not another gin or another vodka – we’re completely unique and I think that’s helped it," he explains. "Of course it’s very versatile as well – you can make all kinds of cocktails with it, you can drink it with champagne, you can drink it neat, you can drink it however you want really, in Bloody Marys, all sorts."

But it has been important to maintain a focus, which Kammerling has achieved through a signature serve. "This isn’t going to stick unless you have one signature serve, so we’re leading this year with Kamm and Sons bitter lemon – Kamms Bitter Lemon as we’re calling it," he says. "Bitter lemon is one of those ingredients that is well-stocked in pubs and bars but not really used as much, it’s a great mixer just not as common as tonic and coke as things."

As part of this the company has paired with mixer manufacturer Fever Tree to provide buyers with a free case of bitter lemon when they buy a case of Kamm and Sons, a marketing strategy that Kammerling believes will appeal to the restaurant bars and gastropubs he is targeting.

For the moment Kammerling is focusing on building a solid base in the UK, with a view to selling it to a major supplier at some point in the future. "Obviously we want to make sure it’s in a good place and we’ve got the brand guidelines nailed down," he says.

But when that eventually happens Kammerling wants to have built up a strong product with a set-in-stone recipe. He explains: "I want to be able to give it to someone and they basically don’t need to do anything; it’s ready to go, they’ve got the strategy, they’ve got the communication, the liquid’s absolutely right – it’s all there and ready to go."