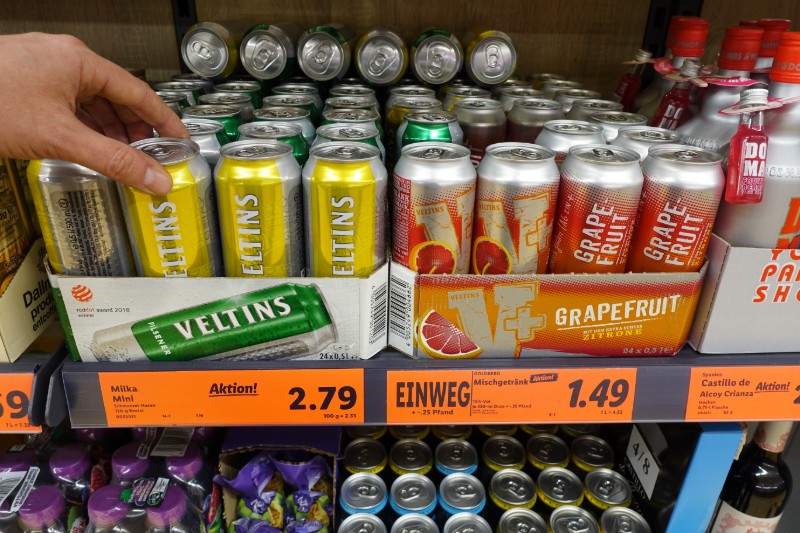 Despite being around for a number of years, like gin, hard seltzers are gaining traction. Positioned as a trendy, healthier, low calorie alternative to usual sugar laden flavoured alcoholic beverages, this water-based beverage has now reached the attention of the discounters.

Lidl, from September is offering two hard seltzers under the ‘Sunrise’ range, in raspberry and lime variants. The can’s packaging has a bright, simple design, with a prominence on accentuating its 4.5% ABV content sticker.

According to GlobalData, 74% of German’s responded yes when asked “do you drink alcohol”, which indicates that this new launch is likely to be well-received, given that alcohol consumption in ‘moderation’ is also what 56% of German consumers (GlobalData Q3-19 consumer survey) abide by.

Due to water being the beverage’s main base, the launch is expected to attract those seeking a lighter refreshment, from a calorie, sugar and ingredients base. Lidl’s own brand Sunrise offering is gluten free, vegan and boasts only 29 calories per 100ml.

Although, let us not get this confused, hard seltzers still remain an alcoholic drink, so therefore are not holistically beneficial to health. As discussed by Healthline, hard seltzer beverages are full of empty calories; their sweet nature also masks a strong alcohol taste, which can lead to a perception of consuming a healthier offering.

In addition to its summer release, at a low price of €1.25 (+€0.25 can charge), compared with Holy Drinks lemon ginger Hard Seltzer which retails at €2.08, meets the needs of price-conscious consumers. Being the first discounter in Germany to offer this ‘new’ beverage, position Lidl ahead of its competitors. Lidl has also stated that from 19 October 2020, cherry and grapefruit variants will be available for a limited time.