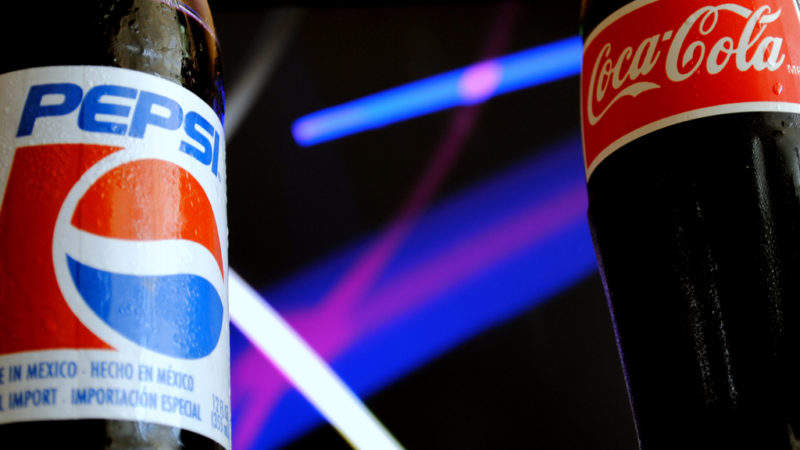 As Diet Coke continues to experience a popularity renaissance on the back of its rebranding, carrying out a similar change for Diet Pepsi should arguably be the first task for incoming CEO Ramon Laguarta. Credit: Sean Loyless

In response to long-term volume declines, Coca-Cola’s rebranding of its flagship low-calorie brand, Diet Coke, has helped rejuvenate the company’s results. As PepsiCo continues to struggle with its own beverage sales, particularly in North America, it may be wise to consider taking a leaf out of its rival’s book.

The company has rightly placed one eye on the future with increased focus on smaller brands, many of which enjoy a healthier perception from consumers. However, it is walking a dangerous tightrope by limiting support for its core brand, particularly given any potential disruption anticipated during its CEO handover phase.

As Diet Coke continues to experience a popularity renaissance on the back of its rebranding, carrying out a similar change for Diet Pepsi should arguably be the first task for incoming CEO Ramon Laguarta.

Coca-Cola’s invigorated sales, through its rebranding of Diet Coke, were made possible by its appeal to the growing health-conscious consumers. While the brand was once aimed at “baby boomers who were getting 20 years older and 20 pounds heavier”, Diet Coke has since been redirected towards new millennials in the hope of capturing the next generation of consumers. As a result, the company has posted impressive revenue gains throughout the year, exceeded estimations while on a brand level Diet Pepsi has been left in the lurch.

Both Diet Coke and Diet Pepsi had shifted out of the limelight in previous years as the two companies increased efforts to diversify their beverage portfolios. With that said, Coca-Cola’s rebranding of its leading diet brand indicates that diversification is only a small part of the company’s growth strategy and that large gains are still possible for its main beverage brands.

However, any hesitation on PepsiCo’s part is understandable. In 2015, it ditched the controversial aspartame sweetener from Diet Pepsi, and the move was met with a consumer backlash. They only just re-added it in February this year after offering limited ‘classic’ versions with it in back in 2016, so the company could be forgiven for wanting to delay any further changes for the time being. Coca-Cola, interestingly, have stuck with aspartame, and the popularity of its new flavours appears to have masked some negativity surrounding the use of sweeteners.

Considerable pressure will also eventually be placed on Laguarta, who will replace outgoing CEO Indra Nooyi in 2019, to successfully navigate increasing consumer preferences for healthier drinks while keeping pace with Coca-Cola. The recent launch of The Hive, a new division in North America that aims to focus on establishing smaller brands under the PepsiCo label, puts the company in a strong position to do both. The initiative will maintain support for the likes of Bubly, a new sparkling water brand, while simultaneously ensuring the company can concentrate on its core beverages.

The timing for any potential Diet Pepsi rebranding could be essential. In the midst of a CEO change it is understandable the company might want to avoid any further changes. It would be smart, however, to carry out a major, defining rebranding once Laguarta is in place.

Focusing on smaller brands might secure a promising long-term future, but a Diet Pepsi refresh could provide the short-term recovery the company’s beverage business is crying out for.