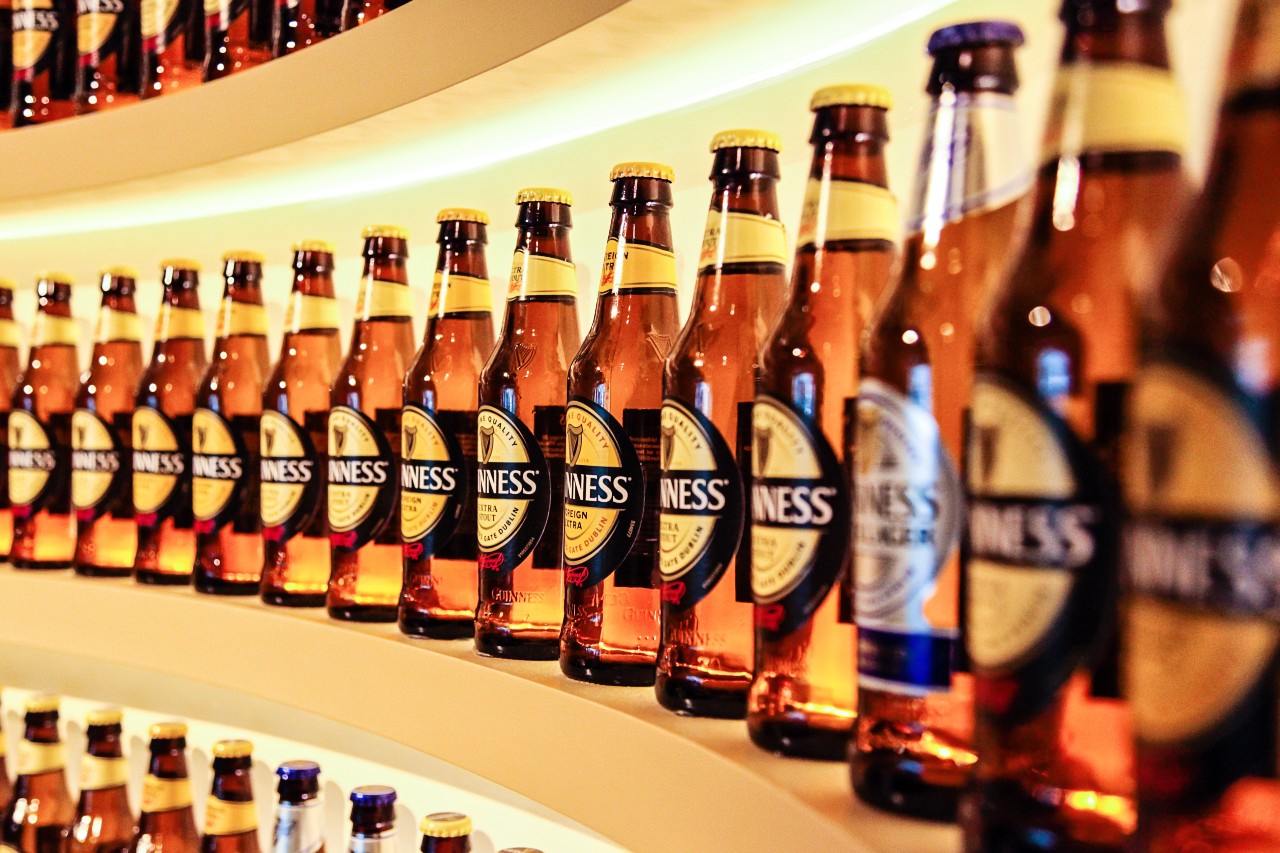 Diageo is to further raise the stakes in the flourishing low and no-alcohol sector by launching an alcohol-free Guinness in Britain and Ireland. This will be the first non-ABV version of the best-selling alcoholic drink in Ireland. Guinness 0.0 will go on sale in off-licences, Waitrose and Morrisons supermarkets from November, before being rolled out to other retailers. After its release across the British Isles, Guinness 0.0 will launch in other parts of the world in 2021.

Diageo claims the process has taken four years to refine, with brewers essentially “reverse engineering” the Guinness from its traditional 261-year old recipe. The early stages of the brewing process remain similar to that of standard Guinness, adhering to the same core ingredients used such as water, barley, hops, and yeast. One of the key differences, however, was the addition of a cold filtration stage at the end of the workflow to remove alcohol from the brew. The result is a non-alcoholic variant of Ireland’s favourite drink, complete with just 16 calories per 100ml. This innovation will appeal to teetotal consumers looking to savour its famous taste, in addition to those wishing to moderate their calorie intake without compromising on an iconic beverage.

Why change a popular product?

Even before Covid-19 induced lockdowns, many brewers were already innovating low and no-alcohol alternatives in response to consumer demand. Health trends around moderation and avoidance had already motivated manufacturers to devise “hangover-free” alternatives as drinking habits change. The impact of Covid-19 has further compounded drastic changes to social behaviour, reducing socialisation outside the home and enhancing at-home consumption occasions. The launch of Guinness 0.0 may therefore coincide as a “gateway”, benefiting from greater access to the family, including older children above legal drinking age who still live in the family home – a consumer segment outside of Diageo’s usual target audience.

This is not the first time Diageo has made inroads into the non-ABV market. Last year, the company added the non-alcoholic spirit, Seedlip, to its drinks portfolio. Its Guinness brand also launched a low-alcohol 0.5% abv lager called Pure Brew, which was trialled in 250 pubs across Ireland. Major rivals such as Heineken and Carlsberg have also launched alcohol-free versions of their flagship beer brands. This summer, AB InBev also launched Budweiser Zero, a no-alcohol alternative to one of its best-selling lagers, pledging that low and no-alcohol products would make up 20% of its drinks portfolio by 2025. It remains to be seen how Guinness 0.0 will catch on, but one thing is for certain. The buzz around low and no-alcohol is driving category innovation.