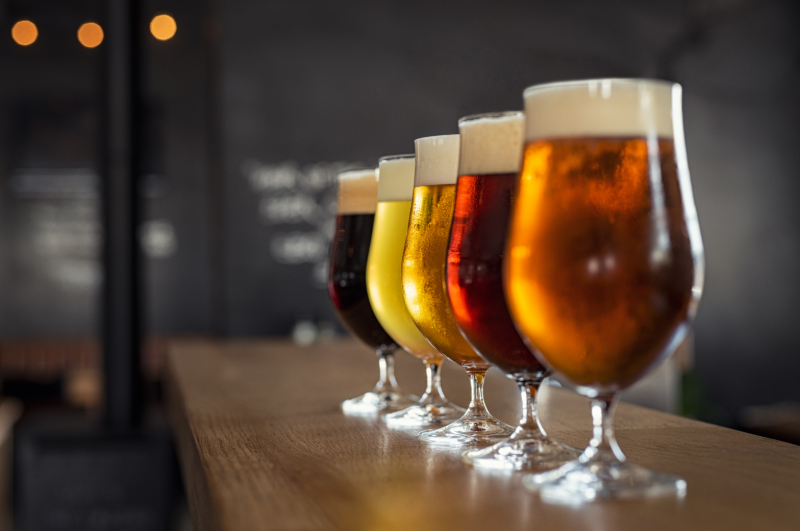 At the moment most breweries are continuing to operate. However, there could soon be further shutdowns. Credit: Shutterstock + Rido

AB InBev announced on 24 March that its previous 2020 profit forecast was being withdrawn due to “the uncertainty, volatility and fast-moving developments of the pandemic in the markets in which AB InBev operates”.  The company had previously forecast at the end of February that EBITDA would decline by 10% in Q1 and by 2- 5% for the full year.

The Covid-19 pandemic is now a truly global phenomenon with many countries in “lockdown” with many businesses’ being closed and travel severely restricted.  In the Beer & Cider category, the most immediate impact has been on-premise consumption, which has effectively ceased altogether in many markets.  However, the closure of pubs, bars and restaurants has seen a strong increase in off-premise sales.  In the US, Constellation Brands saw off-premise volumes of its brands (including Corona and Modelo) increase by 30%, and in the UK the government confirmed that off-licenses were included in the list of retailers that could remain open during the lockdown period, helping to alleviate the pressure on supermarket stocks.

At the moment most breweries are continuing to operate, although not surprisingly AB InBev’s Wuhan brewery (at the epicentre of the outbreak) has been closed since the Chinese New Year in January, whilst in Malaysia, both Heineken and Carlsberg have closed their breweries due to the government’s Movement Control Order.  However, more stringent controls on movement and possible employee absence due to illness may lead to further brewery shutdowns.

Brewers have been quick to react to the crisis. In the UK, craft brewer Brewdog has made its own BrewGel Punk Sanitiser, which it has provided free of charge to those in need, and AB InBev is using wastage from the production of alcohol-free beers to create hand sanitisers.  Diageo has donated 200 million litres of alcohol to help with sanitiser production.  Many companies have also donated money to help staff laid off in the hospitality trade, including Diageo and Molson Coors. Mahou San Miguel, on the other hand, is providing real-time information and advice to customers in the on-premise sector via a specific section of its Rentabilibar online platform and the Carlsberg Foundation has donated $13.6m to help fast track efforts to combat the virus.

The longer-term effects of the Covid-19 pandemic will almost certainly include an acceleration of the trend away from on-premise consumption towards off-premise sales in many markets. Not only will a number of on-premise businesses fail as a result of the enforced close down, but the extension of home-working may presage a longer-term shift towards remote working and virtual meetings, which will favour off-premise.  Whilst it is not clear at this stage whether the global economy will fall into long-term recession; see a quick recovery; or a slow medium-term recovery; it is clear that there will be a significant impact on disposable incomes and consumer spending, and a short to medium-term decline in overall beer volumes seems likely.