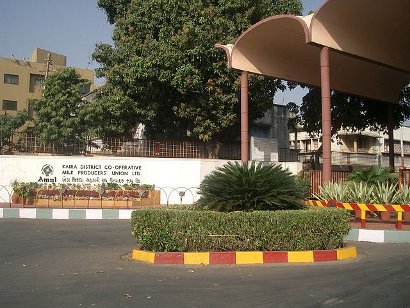 GCMMF managing director RS Sodhi said the company is setting up two new plants in Delhi having processing capacity of 30 and ten lakh litres per day each, which are expected to be operational by the end of 2012.

"A milk processing plant having ten lakh litres per day capacity has come up in Mumbai, and is expected to be operational within next two or three months," Sodhi said.

"The four processing plants proposed in Saurasthra region of Gujarat each having capacity of two lakh litres per day will go on stream within a year.

"The federation operates with a network of 52 milk processing plants in India, of which nine are operating on hired basis.

"With rising inflation, we need to compensate the farmers as well. But the price hike this time would not be as steep as it was in the last two years," he added.

GCMMF has appealed to the Union government to lift ban on exports of skimmed milk powder (SMP).

"Around 100,000 tonnes of milk powder is lying dumped in dairies across India, so we have demanded that the government lifts the ban on exports of SMP and its products," Sodhi added.