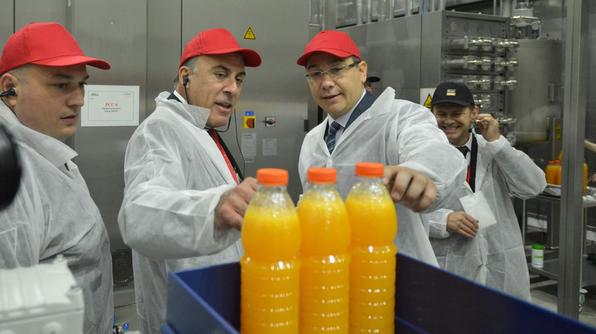 Global beverage firm Coca-Cola has opened a new €22m bottling line in Ploiesti, Romania, in a move to expand the presence of Cappy Pulpy Orange juice drink in Eastern and Central Europe.

According to the company, the juice and pulp are mixed at a rate of 36,000 bottles per hour.

Commenting on the development, Coca-Cola chairman and CEO Muhtar Kent said that the new Cappy Pulpy bottling line is yet another example of the Coca-Cola system’s commitment to exciting innovation that meets consumers’ needs.

Coca-Cola HBC Romania bottles Coca-Cola products in the country. It distributes the products through a network of 20 warehouses and distribution centers to about 64,000 customers.

Coca-Cola HBC CEO Dimitris Lois said, "Our bottling plant in Ploiesti, the largest in South-Eastern Europe, is, for Coca-Cola HBC, a real center of investment and technical innovations."

The company manufactures and markets nonalcoholic beverages worldwide It primarily offers sparkling beverages and still beverages. It employs more than 1,800 people in Romania.