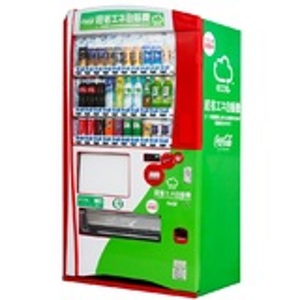 A011 can can cool products without power for up to 16 hours per day, claims the company.

When compared to the conventional vending machines where only a portion of the products gets cooled due to insufficient powers in daytime, the new vending machine allows all the products to cool during the nighttime when the power availability is adequate.

As all the products inside the machine are cooled to sufficient levels, the rise in temperature level is limited especially during prolonged power outages.

Coca-Cola (Japan) has taken extra measures like usage of more vacuum insulation materials and tightening the doors to make it difficult for cold air to escape.

After field-testing the vending machine for two months starting from 2 July 2012 in Japan’s hottest regions of Saitama Prefecture’s Kumagaya City and Gifu Prefecture’s Tajimi City, the company will launch the A011 peak-shift machine in the market.

Upon verifying the machine’s performance in field-tests, the company will work to extend its peak-shift functionality and its cooling ability time period during power outages.

Image: The A011 peak-shift vending machine by Coca-Cola is a result of government’s request to the company to save energy and provide cool produts. Photo: Coca-Cola (Japan) Co., Ltd.