Found at most supermarkets and corner stores, Kvass is a sweet drink similar to sparkling cider and beer. This drink dates back centuries and is known as ‘black bread’ amongst Russians, due to it being made using fermented dark sourdough rye bread and herbs. Kvass has an alcoholic content of 0.5% to 1%, and while it isn’t considered to be alcoholic, the longer Kvass is left to brew, the stronger the intoxication. Fruits including strawberries and raisins can be added to the ‘refreshing’ beverage and it is considered as an aid to digestion. Chernigivske was established in 1988 and named after the location of the first brewery it was produced in. It is one of the most popular products from global brand Sun InBev in relation to its sales volume. This beer offers eight different types—Light, Premium, Strong, Dark, White, White Night, White Honey, and Purple. Sun InBev’s product contains 4.4% alcohol by volume (ABV) and is considered to be ‘the beer that represents Ukrainian national pride, a spirit of strength, self-confidence, respect, and true friendship’, according to the brand’s AB InBev business. The ABV of Chernigivske’s other beers range between 4.4% and 7.5%. The beer brand also recently underwent a redesign by Reynolds and Reyner to provide a more ‘stylish’ appearance. We can’t have a list of Russian drinks without one of the biggest vodka brands included. Produced by Global Spirits, Khortytsa consists of five different varieties, Khortytsa Classic, mint flavoured vodka Khortytsa Silver Cool, Khortytsa Platinum, Khortytsa Absolute, and honey pepper flavoured Khortytsa Pepper Honey Hot. Each type has an alcoholic content of 40% and the brand is reported to be the number one best-selling vodka in Eastern Europe. Russians drink a lot of tea, including green tea and herbal tea. However, black tea is the most popular. It was originally imported from China via a camel caravan and the trip would take around 18 months, which led to the tea’s smoky flavour, acquired from the caravan’s campfires. The smoky flavour is now maintained through fermentation. Consumption is suggested during the evening when you need something to calm your nerves after your country failed to score a goal. Most likely to be consumed by Russians in the comfort of their homes while watching the match, Ryazhenka is made by boiling whole milk for a minimum of eight hours, fermenting it to reach a thick or runny consistency and adding sour cream. Referred to as ‘baked milk’, Ryazhenka originates from Ukraine. The name derives from an old Slavic word, translating into ‘to fry’, and has a ‘slightly sweet caramel flavour’ taste. This product can also be located at local grocery stores and public markets, for those who wish to avoid the eight hour long production process. 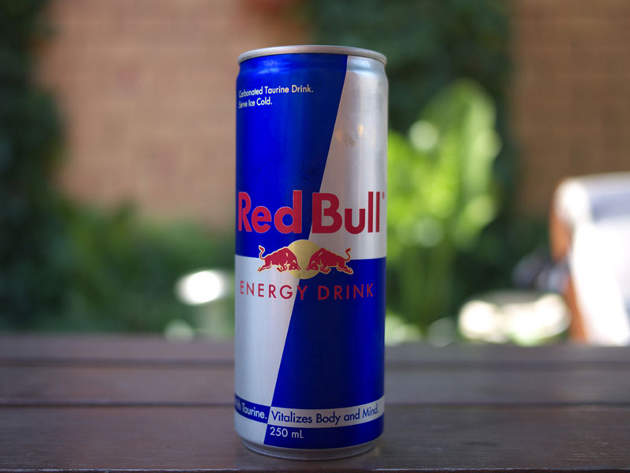 Packing a punch – the world’s most popular energy drinks Russia’s very own moonshine, which means it can pretty much be made from anything, is allegedly more popular than vodka in certain rural areas. The word translates to ‘self-distilled’ and although initially made from malted grain, Samogon can be made with a range of different ingredients, including beets, potatoes, honey, bread, sugar, and various types of fruit. Anything goes, which means the vodka rival can be deadly. Home production was made legal in 1997 in most of Russia, however the unlicensed sale of the drink is forbidden. Samogon first appeared in the 14th century as a way to get around Ivan the Terrible’s state monopoly on wine and became the poor man’s drink, produced to avoid the cost of liquor. It can get quite hot in Russia’s 11 host cities, so a lot of water will be on show. Borjomi is a naturally carbonated mineral water brand and is over 1,500 years old (by natural standards). Its country of origin is Georgia, however the Imperial Russian military is reported to have discovered the Borjomi springs in the 1800s and the brand’s history is related to the Russian imperial dynasty of Romanov. Its popularity is also partly due to the belief the water could cure ailments. Borjomi was banned in Russia for seven years in 2006 due to political tensions between both countries. Prior to this, IDS Borjomi Georgia sold over 10 million bottles in Russia, according to the Moscow Times. Throwing in another vodka brand which includes Russian Standard Vodka, Russian Standard Gold, and Russian Standard Platinum. Produced in St. Petersburg, RS is described as ‘the benchmark of excellence’ in terms of quality vodka, dating back to 1894. It is made using winter wheat ingredients and glacial origin water and is the second-largest vodka brand in the UK. Its RS Gold product is inspired by an ancient Siberian vodka recipe and contains extracts of Siberian Golden Root, while the Platinum product has a citrus aroma. Traditional in several countries including Russia, birch juice is made from the sap of a birch tree. It is described as a ‘water-like, sweet liquid’ that can only be collected in early spring when the middle of the tree is filled with the juice. Russians use the sap for many purposes including consumption. Fresh sap can only be stored for a maximum of seven days before perishing and can also be added to beer or be used to make syrup.