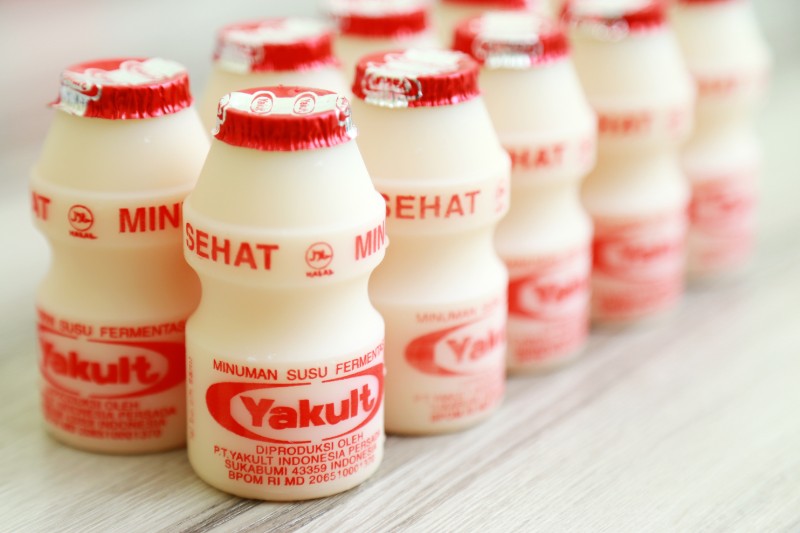 Yakult said that Japanese consumers' interest in probiotics has been increasing since the outbreak of the Covid-19 outbreak. Credit: Dhodi Syailendra / Shutterstock.

Probiotic products have been selling well in Japan under the Covid-19 outbreak. According to Yakult Honsha year-on-year sales results, the sales volume* of Yakult branded probiotic products increased by 11.5% in March and 10.3% in April 2020. The company said that consumers are increasingly concerned about the spread of the novel coronavirus, and their interest in probiotics and promoting immunity has been increasing.

Meanwhile, Meiji Holdings also announced that the value sales of its dairy products, including yogurt, has been seeing positive growth during February and April in 2020, and the year-on-year growth rate registered 7.4% in March, for example. Particularly, functional probiotic yogurt products are selling well, according to the company.

In Japan, yogurt and yogurt drinks are not only the probiotic products that have seen growth. According to the National Supermarket Association of Japan, Natto and other fermented products, such as kimchi, have sold significantly well in April. Natto has seen some shortages. Natto is fermented soybeans, rich in probiotics, vitamins, and minerals, which is known as a superfood among Japanese consumers, while kimchi is Korean style fermented cabbage.

Although Covid-19 cases in Japan are relatively low, Covid-19 has spread all over Japan. However, only one prefecture called Iwate, out of 47 in the country still has zero Covid-19 cases. Media, including overseas, started to be curious about why and how the prefecture addresses the disease. One of the main reasons could be the low population density. Iwate is the second largest prefecture by area size after Hokkaido, and just over one million people live there, nearly 80 times less populated than Tokyo. The prefectural government also proactively took Covid-19 preventing measures, such as self-isolation, which helped to prevent the spread of the disease.

However, there are also other interesting statistics. Japanese Ministry of Internal Affairs and Communications collects the data of consumption of particular household products, including different food categories, at the level of prefectural capital. Accordingly, the average yogurt consumption by value per household, Morioka, the city of Iwate prefecture came top among 47 cities between 2017 and 2019, spending nearly JPY 17000 ($158) per household every year. For natto consumption, the city was second top in the country. These figures show the consumers in Iwate prefecture consume yogurt and natto far more than Japan’s average. The local nutritional expert, Kyoko Kimura, an associate professor of the Faculty of Nutritional Sciences at Morioka University, claimed that the high consumption of these products has been effective in preventing ‘general’ infections.

Indeed, in Japan, dairy manufactures in particular, are trying to capitalise on the growing popularity of probiotics, offering varieties of packaging types to meet different consumption occasions. For example, Meiji’s core functional Probio R-1 has released a large pack for increasing at-home consumption.

Probiotics are recognised as a healthy ingredient outside of Japan too. According to GlobalData’s survey held in 2019, 58% of global consumers say that probiotics have a positive impact on their health**. After the Covid-19 experience, health attributes will be even more influential on consumers’ purchase food and drink decisions. Observing Japan’s case, probiotics will have great potential in product innovation.