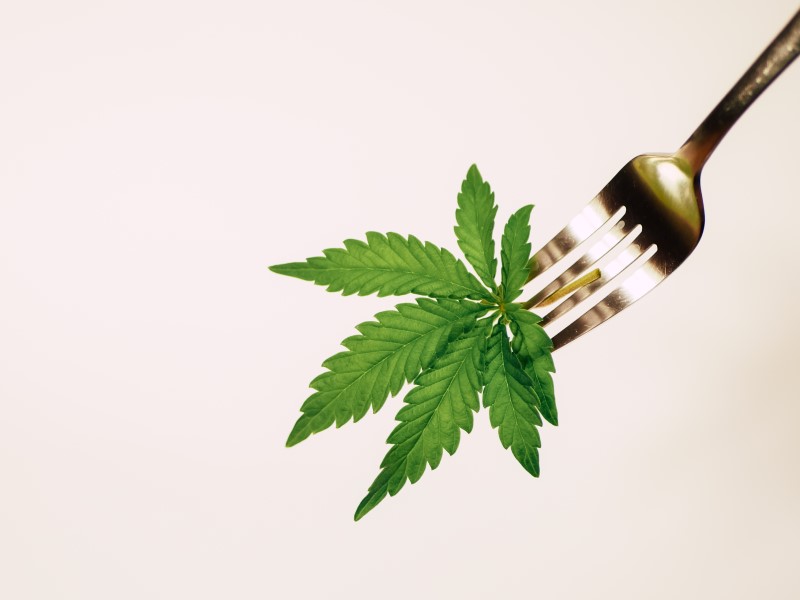 Following the Thai Government giving its go-ahead on the commercial usage of cannabis in food and beverages, manufacturers must educate consumers on this new ingredient. Credit: Visualistka / Shutterstock.

Ichitan’s Green Lab, which was launched in April 2021, is the first terpene flavoured packaged beverage after the Thai Government gave its go-ahead on the commercial usage of cannabis in food and beverages. This move was followed by functional drink manufacturer Sappem, which beefed up its Beauti Drink line with a relaxing variant infused with terpene. After the issuance of the implementing guidelines on the usage of cannabis in food and beverages last year, Srinanaporn introduced its Magic Farm Fresh Juice with ‘cannabis water’ earlier this month. Meanwhile, leading energy drink maker Osotspa is also eyeing the introduction of its premium CBD-related beverage and personal care products towards the first half of 2022.

Amid all the excitement in the market, results of GlobalData’s consumer survey for Q1 2022 reveal that with the huge potential of CBD infused beverages, manufacturers must bear the burden of educating consumers on the benefits of this new ingredient. Here are the reasons why:

The same consumer survey indicates that buyers are keeping an eye on what goes into their food and drinks. Almost nine in ten (87%) respondents in Thailand report that they place a ‘high amount of attention’ on the product ingredients used in the food and beverages that they consume. This supports another finding that high-quality ingredients are the primary consideration in the purchase of non-alcoholic beverages.

Consumers have mixed opinions on cannabis/marijuana and cannabidiol

CBD beverages are often positioned as functional drinks that impart relaxation. GlobalData’s Thailand Consumer Survey in Q1 2022 observes that cannabis/marijuana was successful in creating this perception, with 46% of consumers saying the ingredient has relaxing or calming benefits. However, responses generated for CBD were mixed, with consumers associating CBD with various health benefits, such as digestive health, antioxidants and improved brain function, trumping relaxing/calming.

With CBD beverages being a novelty in Thailand, big manufacturers trying to capture the hype and excitement in the market must also invest in campaigns that are aimed at improving consumer awareness. With manufacturers banking on the functionality of CBD beverages, a clear-cut messaging on the advantages and benefits derived from this ingredient is essential. A well-defined image will set it apart from other offerings in the market.