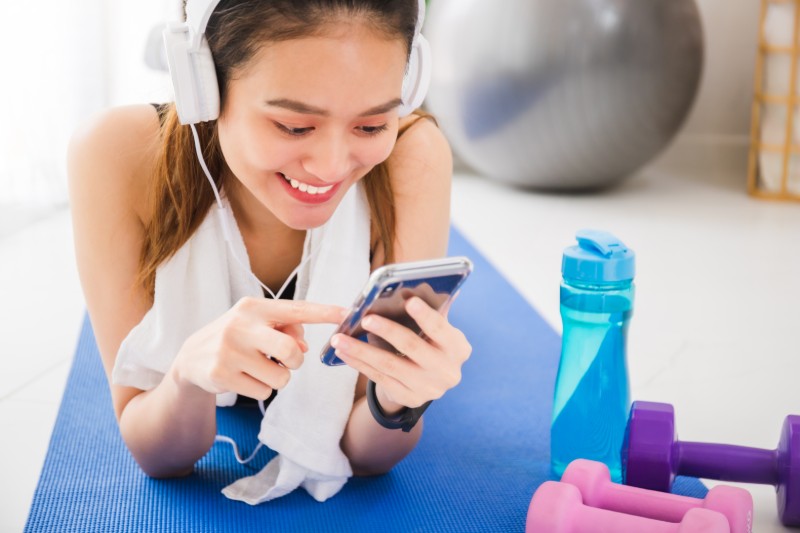 When users achieve 1,000 steps via exercise or their daily activities per week, they have a chance to get a Coca-Cola drink ticket. Credit: BUNDITINAY / Shutterstock.

On 6 April, Coca-Cola (Japan) launched a new five-week campaign ‘Refresh at Home’ via its smartphone app ‘Coke ON’ to encourage consumers to exercise at home. It offers an easy home exercise programme and rewards, in which the company will give away a total of one million bottles of its own branded soft drinks.

The Coke ON app was originally developed for promoting The Tokyo Olympics, which includes a pedometer to go for a walk and collect stamps depending on the distance to receive a reward. However, the advent of Covid-19 has dramatically impacted consumers’ lives. The Japanese public have been requested to stay home, and as of 7 April, the country has declared a state of emergency for Tokyo and selected regions. Staying home has become the new norm for many consumers.

Coca-Cola quickly reacted by updating the app to include a home exercise lesson video. When users achieve 1,000 steps via exercise or their daily activities per week, they have a chance to get a free drink ticket that can be used at 340,000 Coca-Cola branded vending machines across the country.

The company set up the exercise goal to be relatively easy with 1,000 steps to help encourage consumers with limited space or athletic prowess to participate. During the period of the campaign, one new exercise video will be released per week to the app, as well as the company’s Instagram and Twitter accounts.

A soft drink company offering an exercise app, as well as the reward of a free soft drink, may sound a little ironic, as soft drinks do not quite associate with health. However, there have been many FMCG companies aiming to support society under a difficult time, and digital marketing has been a key activity for brands to connect with consumers. Understandably, Coca-Cola Japan’s new campaign looks to be the right move.