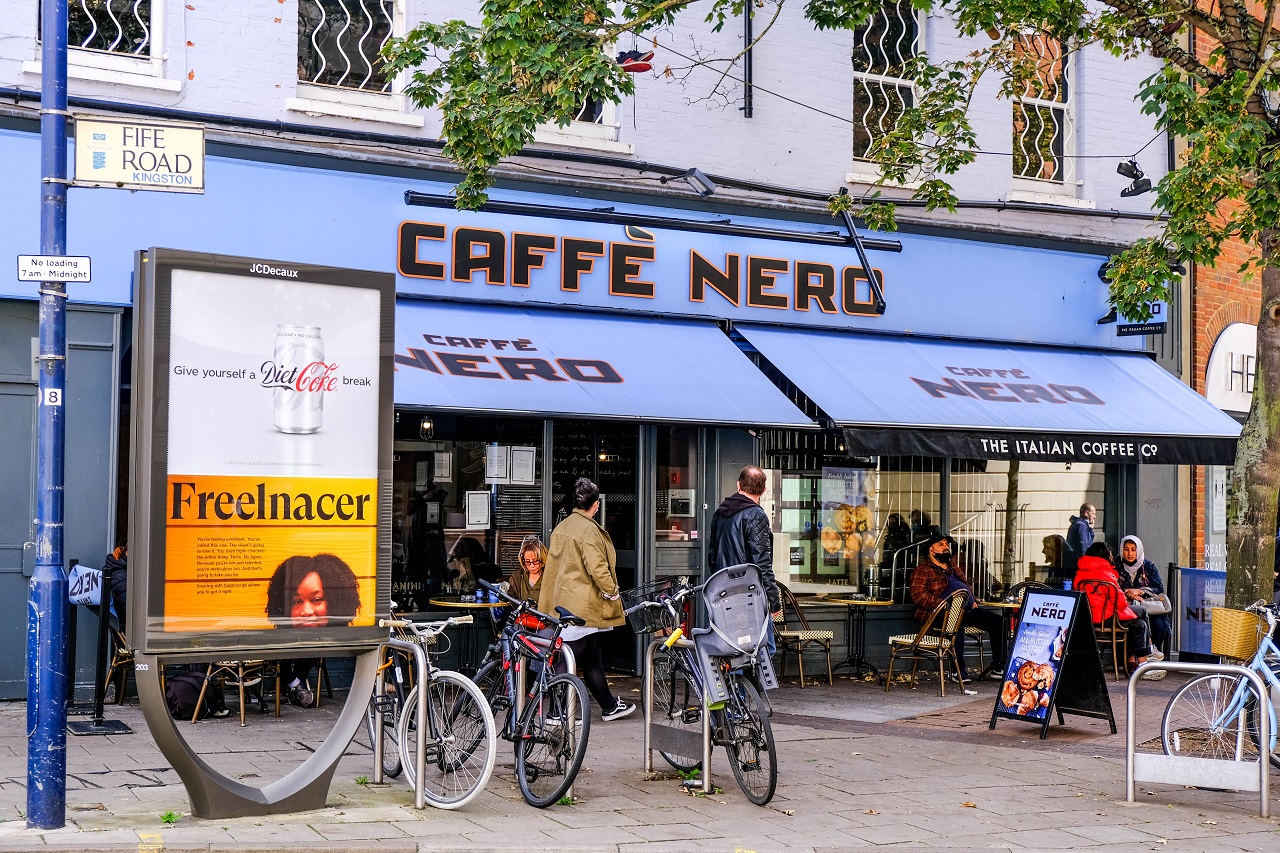 A CVA would enable Caffe Nero to reduce its rent liabilities and exit loss-making stores, which would help it navigate the tough conditions brought about by the ongoing Covid-19 pandemic. Credit: Richard M Lee via Shutterstock.

The billionaire Issa brothers, the brains behind petrol retailing powerhouse EG Group, have launched a takeover of one of Britain’s largest coffee chains.

Brothers Mohsin and Zuber Issa have reportedly written to Caffe Nero over the weekend to propose buying the chain from its founder and controlling shareholder, Gerry Ford.

Under the proposal, Caffe Nero’s landlords would be paid in full for the rent arrears owed to them as a result of the COVID-19 crisis. It remains unclear as to whether Caffe Nero has responded to the offer yet, or what the exact terms of the offer were.

Caffe Nero has struggled financially under the pressure of pandemic

On November 6 2020, lenders to Caffe Nero drafted in financial advisers as they prepared for the launch of a restructuring that could lead to permanent store closures and job losses. FTI Consulting has been brought in to advise them on the implications of a company voluntary arrangement (CVA).

A CVA would enable Caffe Nero to reduce its rent liabilities and exit loss-making stores, which would help it navigate the tough conditions brought about by the ongoing COVID-19 pandemic. However, EG’s bid could force the coffee shop chain to postpone the CVA vote, insiders have said.

The company operates 660 stores across the UK, making it one of the largest chains in the UK market, more than 90% of which these stores have reopened since the original UK-wide lockdown ended in June.

Despite this, Caffe Nero alongside rivals such as Pret a Manger and Costa, has been heavily impacted by the reduced footfall, particularly in city centres, as millions of consumers continue to work from home on government advice.

Prior to the pandemic, Caffe Nero was said to have been performing strongly. Its latest financial results, which were released in December 2019, showed 86 consecutive quarters of growth. Revenue was also up more than 9% to £366m in the year to the end of May, with sales boosted by its expansion.

In the UK, EG Group has 386 sites, making it the second-biggest independent petrol retailer behind Motor Fuels Group, which has more than 900 locations, according to data from the Petrol Retailers Association (PRA).

The impressive growth and financial performance of EG since its inception have allowed the brothers to expand their presence in the retail sector. In October 2020, the company won a deal to buy the supermarket chain Asda from Walmart for £6.8bn, bringing it back into British ownership after more than 20 years.

Earlier this year, in March 2020, EG became KFC’s largest franchisee in Europe through the acquisition of 145 KFC outlets in the UK & Ireland. The Issa brothers interest in Caffe Nero only serves to highlight their ambitions in further expanding into the UK retail sector.