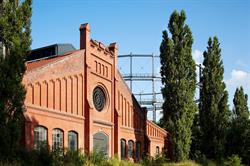 Stone Brewing, an American establishment, is planning to increase its production capacity, with the establishment of a new production brewery and expansive destination restaurant in Berlin, Germany.

To be located in a gasworks complex in Marienpark Berlin, the proposed brewery will see an initial investment of around $25m which will be used in its development.

The facility will pack and distribute Stone Brewing’s year-round as well as special-release signature ales throughout Europe.

Stone Brewing CEO and co-founder Greg Koch said: "It has been a long time coming and I couldn’t be more proud to say that we are finally on our way to being the first American craft brewer to own and operate our own brewery in Europe.

"Once open, we will bring Germany and the rest of Europe a taste of our craft beer vision, and look forward to sharing the unique beers that we have spent the last 18 years brewing."