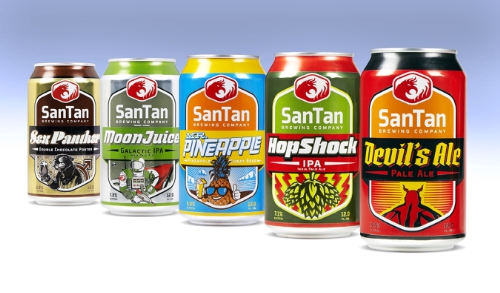 San Tan Brewing Company has unveiled a new look as part of a brand refreshment across all of its products.

The brewery’s product range including Devil’s Ale, HopShock IPA and Mr. Pineapple cans will receive the new look under the project, followed by MoonJuice IPA in the future.

The new look will include a revamp of the packaging’s art, fonts and graphic style.

The brewery hopes the revamp to bring together the brewery’s craft beers with a cohesive and unified appearance.

SanTan Brewing Company founder and brewmaster Anthony Canecchia said: "After eight years of rapid growth and expansion, we are the second largest brewery in Arizona. It was time to step back, and refresh our cans to reflect our evolution as a company and establish a brand image that was universally recognizable."

However, the brewery will retain the original colours and essence of the brand’s Southwestern Style Ales.

The brewery recently expanded its distribution footprint in New Mexico.