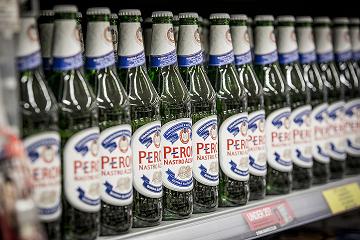 The move paves the way for the planned $108bn merger between Anheuser-Busch InBev and SABMiller.

The acquisition is subject to the completion of Anheuser-Busch InBev’s merger with SABMiller.

"The commission has been assessing several local issues linked to the proposed merger for the past four months."

Through the acquisition, Asahi intends to expand its growth platform in Europe.

The AB InBev-SABMiller merger is expected to be completed in the second half of 2016.

The merger has been delayed, as the Australian Competition and Consumer Commission (ACCC) postponed its decision for the second time to 21 April, after the two companies had sought for more time to provide additional information to the regulatory authority.

The commission has been assessing several local issues linked to the proposed merger for the past four months.

The licensing deal for Australia’s top imported beer, Corona, and the arrangements required for beer distribution in pubs and bars in the country are the major issues examined by the ACCC, the Sydney Morning Herald reported.

In February this year, Asahi has made a final bid to acquire SABMiller’s Peroni and Grolsch brands.

The brands have been put up for sale in order to get a regulatory approval for the merger of Anheuser-Busch InBev and SABMiller.

Recently, Anheuser-Busch reached an agreement with the South African Government regarding jobs and funding required to gain approval for the proposed merger.