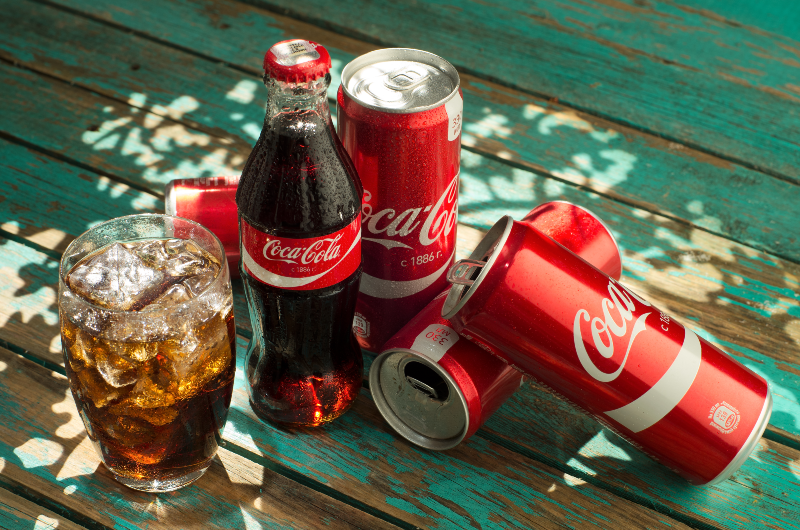 The group has been heavily impacted by the coronavirus and the near-shutting down of out-of-home sales channels. Credit: Fotazdymak/Shutterstock.

Beverage giant Coca-Cola cuts a further 2,200 jobs in its restructuring plan, which has been accelerated by the coronavirus pandemic.

In August, the company said it would offer 4,000 workers in the US, Canada and Puerto Rico voluntary layoff packages. The latest round of layoffs will primarily be in the US, where it will shed 1,200 jobs.

The Atlanta company, which had about 86,000 employees at the end of 2019, has been trimming expenses in response to pressures on its revenues, which have been hampered by the pandemic.

The reductions amount to approximately 12% of the firm’s US workforce and will come through a combination of buyouts and layoffs and are expected to result in annual savings of $350m-$550m. The company is reorganising its North America business unit, consolidating its fountain-machine, bottle-and-can and Minute Maid operations.

The pandemic has forced Coca-Cola to reassess its operations

The group has been heavily impacted by the coronavirus and the near-shutting down of out-of-home sales channels. In the first six months of this year, sales fell by 14% although, in a sign of improvement, Q3 sales were down by just 6%.

About 50% of Coca-Cola’s sales are generated from consumers drinking its beverages away from home. As a result, social restrictions to curb the spread of the virus have led to widespread closures of bars, restaurants, cinemas and sports stadiums around the globe where its drinks are sold.

In other areas of the restructuring, Coca-Cola has already announced the discontinuation of Zico coconut water and the US diet soda Tab. The company has confirmed it will cut its “master brands” by 50% as part of portfolio rationalisation, equal to about 200 global regional and local brands.

The company has also recently launched a review of its global media buying as part of an ongoing businesses overhaul. On 11 December, the company announced plans for a complete redesign of its media and creative agency models. Coca-Cola works with numerous advertising agencies around the world on both local- and global-facing marketing activations.

Coca-Cola spends a significant amount on marketing every year. According to financial results, in 2019, the company invested about $4.2bn in advertising, up from $4.1bn in 2018.

Overall its net revenue rose more than 5% to $18.09bn in the third quarter ended 5 September, beating analysts’ expectations of $17.23bn, according to IBES data from Refinitiv. Net income in the three months to 5 September was $2.29bn, or $1.65 per share, up from $2.1bn last year.

Despite the financial impact of Covid-19 on many consumers, at home consumption has remained strong over the duration of the pandemic. Demand for PepsiCo’s Tostitos, Cheetos and Doritos from households across North America, has bolstered sales in the Frito-Lay division.

PepsiCo has benefited from its presence in the snacks segment, which has helped drive revenue growth despite a struggling soft drinks division. Coca-Cola’s reliance on the beverage segment has therefore had a huge impact on its financial performance.