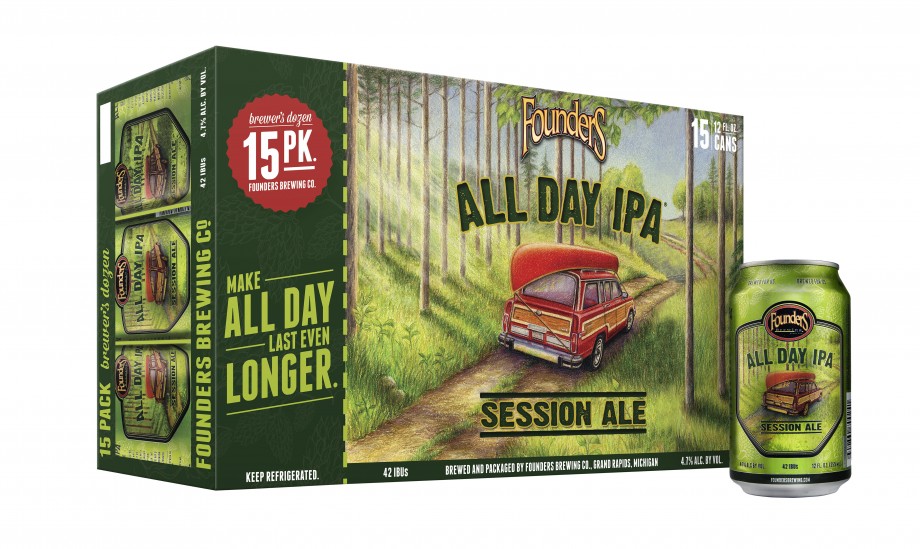 Founders Brewing Company, a Michigan-based craft brewery, is all set to offer its All Day IPA in 15-pack cans from March 2014.

The new package, called ‘Brewer’s Dozen,’ will replace the brewery’s All Day IPA 12-pack cans, but will retain its suggested retail price.

With the launch of 15-pack cans, the craft brewery claims that it becomes the first to offer beers in such package.

All Day IPA is a 4.7% ABV session ale that is brewed with Simcoe and Amarillo hops.

"We’re excited to pass the savings on to our customers as a way of saying thank you for their reception of All Day IPA," Stevens added.

Founders Brewing Company co-founder Dave Engbers said they recognized the need for a full-flavored IPA with a lower ABV.

"The challenge was creating a beer that had intense hop aromatics balanced with the malts without packing a big ABV punch," Engbers added.

Despite offering All Day IPA in 15-pack cans, the brewery will still sell them in traditional six-pack bottles.

The brewery further plans to offer its other beer brands in cans.