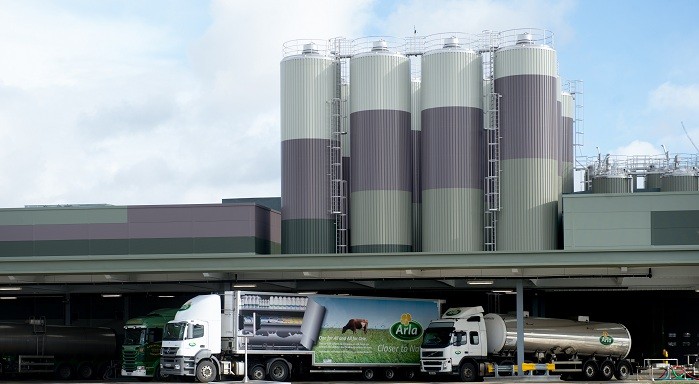 The facility, which was opened by the State for the Department of Environment, Food and Rural Affairs Secretary Owen Paterson has a capacity to produce 1.5 million bottles a day.

With the potential to process up to 240,000l of milk per hour and one billion litres annually, the dairy is supplied by around 900 British farmers.

According to the UK-based company, the facility aims to be the first zero carbon facility of its kind and plans to use renewable energy opportunities.

Representing a significant investment in the UK, the Aylesbury facility will employ up to 700 people.

"Our long-term economic plan is working and we want more businesses to invest in the UK," Paterson added.

Arla Foods UK CEO Peter Lauritzen said an investment of this scale sends a compelling message to the company’s farmer owners, customers and employees that it has made a long-term commitment to the UK.

"The size and scale of our new dairy reinforces Arla’s leadership within the UK dairy industry and we have drawn a line in the sand when it comes to next generation fresh milk processing," Lauritzen added.