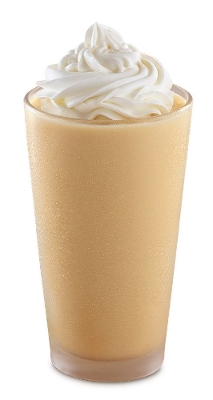 Sandwich brand Arby’s has introduced limited edition Pumpkin Cheesecake Shake across the US.

The Arby’s Pumpkin Cheesecake Shake is topped with whipped cream and features flavours of pumpkin spice, cheesecake and pie crust.

Arby’s Restaurant Group brand president and chief marketing officer Rob Lynch said: "We get it, we’re not the first to offer a pumpkin-flavoured beverage, but that doesn’t mean we can’t innovate around a hot food trend and deliver a unique experience for our guests.

"And that’s exactly what we’ve done with the new Pumpkin Cheesecake Shake.

" We’re not afraid to go toe-to-toe with the myriad of pumpkin offerings already out there, because we know we have a product that sets us apart in a crowded space that guests are going to love."

According to Arby’s, the brand’s legendary icy Jamocha Shake, a blend of coffee and chocolate syrup, was featured on the first Arby’s menu in 1964, decades before iced and frozen drinks became coffee house staples.

Arby’s is planning to make Pumpkin Cheesecake Shake available nationwide through the end of this year.