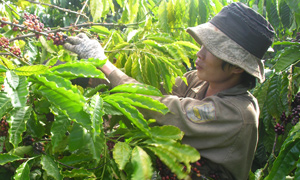 Nestlé has opened a new Nescafé soluble coffee products in Vietnam and expanded its milk factory at San Francisco de Macorís in the Dominican Republic.

The new facility in Vietnam will be used to manufacture Nescafé soluble coffee products and will help the company meet the growing needs of its products locally and internationally.

The investment in Vietnam is part of the company’s Nescafé Plan initiative, which is aimed to optimise its coffee supply chain that includes measures such as increasing direct procurement from farmers and providing them with free technical assistance.

In 2012, Nestlé has trained more than 19,600 coffee farmers in Vietnam under its Nescafé Plan, and aims to repeat it in 2013, while also distributing two million high-yield, disease-resistant coffee plantlets in the region.

Commenting at the inaugural ceremony of the factory, Nestlé Indochina chairman and CEO Wayne England said they are investing in the future of coffee production and consumption in Vietnam and the region.

"By opening this factory in Vietnam, we will be closer to our consumers and better able to adapt our products to their needs and preferences," England added.

The company is also under the process of developing a public-private partnership with the Vietnamese Ministry of Agriculture and Rural Development, under which they will help farmers improve their productivity by training them with better coffee growing practices.

In another development, Nestlé has invested CHF12.9m ($13.2m) to expand its milk factory in the Dominican Republic.

Under the expansion plan, the company has installed a milk evaporation equipment for the production of its primary product Carnation Evaporated Milk, which has been produced at the site since 1971.

Nestlé Dominican Republic head Claude Mamboury said with this expansion, Nestlé is reaffirming its confidence in the country, and its commitment to national milk production.

"We are strengthening our roots in San Francisco de Macorís. We are here to stay. Nestlé is a company that has always had a long-term perspective," Mamboury added.