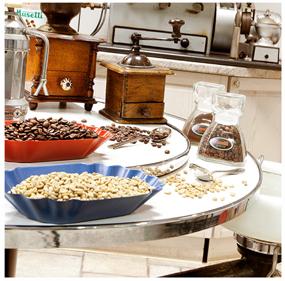 Musetti, an Italy-based coffee company, has signed a deal with Ararat International of Dubai for the distribution of its coffee products and expand its presence across the Middle East and Africa.

Under the deal, Ararat will also sell franchises of Musetti Retail concepts in the regions.

The Musetti coffee is served in major hotels such as The Savoy, Park Lane, The Ritz, The Mandarin, The W, Sheraton, Hilton hotels, and others all across the globe.

According to Musetti founder Guido Musetti, the Middle East market for coffee brands is one of the most profitable, but most competitive, with brands spending millions in marketing.

"We knew we had to find an agent and distributor which understood how to operate in the Middle East, and after researching our options felt that Ararat International were the most in-tune with our personal vision of penetrating the market," Musetti added.

Ararat International official Costantino Bertuzzi said that Musetti, since 1934, has been valued for their quality coffee products, enjoyed all over Europe, Asia, North and South America, and now, proudly through Ararat International, the Middle East and Africa.

With offices in Dubai, Khartoum, Las Vegas and Los Angeles, the company serves as distributor for public and private companies including Michelin, Peugeot, Dassault Aviation, Komatsu, Imperial Tobacco, Alcatel Telecommunications, amongst others.