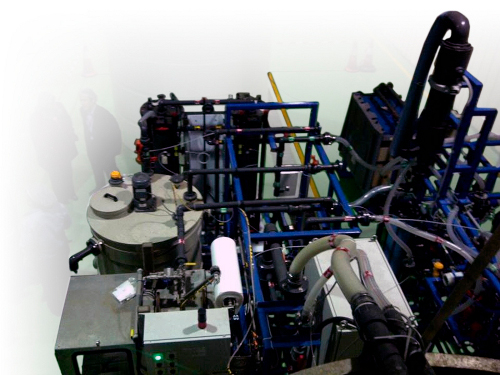 GE has come up with a new AquaSel Non-Thermal Brine Concentrator (NTBC) technology that prevents wastage of water during ingredient water production at bottling plants.

Bottling plants nearly use around 75-85% of the water for their production purposes and leave the rest for waste water stream, which accumulates to huge wastage of water in a year.

However, the new AquaSel NTBC technology from GE removes impurities from water at room temperature and treats to near 100%, which can be used again by the bottled water and soft drinks firms for their production process.

The company performed a pilot study at a global beverage company in Asia.

After more than 1,000 hours of operation, the beverage company was able to save around 1.5 million gal of water from being released to waste stream and attained near-Zero Liquid Discharge (ZLD) and reduced water costs.

GE Power & Water water and process technologies president and CEO Heiner Markhoff said billions of gallons of usable water are lost every day because today’s water treatment technologies have techno-economic limits on how much water can be treated and reused.

"GE’s NTBC technology can turn billions of gallons of lost water into clean, usable water by virtually eliminating the wastewater streams in a variety of industrial and municipal treatment processes," added Markhoff.

Image: GE’s AquaSel NTBC technology works on reverse osmosis process, where the filtrate removed upon treating the water can be looped back for retreatment. Photo: General Electric Company