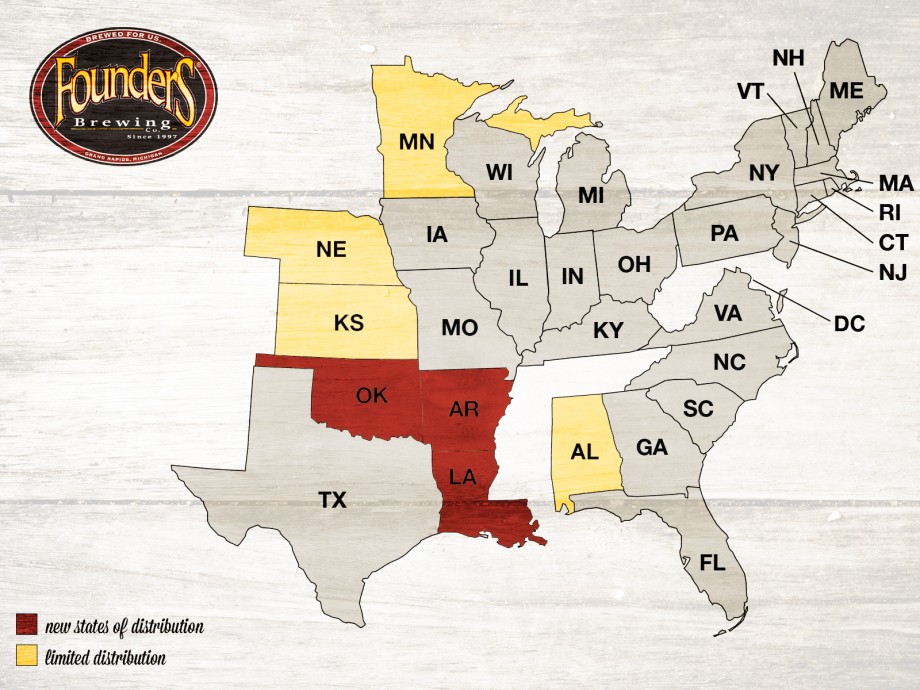 Founders Brewing, a Miami-based craft brewery, is expanding its distribution footprint to three new states, Oklahoma, Louisiana and Arkansas, in the US.

The brewery will make its beers available on retailer’s shelves and on draft lines from April 2014.

Founders Brewing co-founder and CEO Mike Stevens said for the most part, these are states they have been looking at opening for a while now.

"They’re part of a new region for us that we’re calling the South Central region. It includes Texas, which we opened last year, as well as Oklahoma, Arkansas and Louisiana, which we’re opening all at once. Regardless we’re excited to be bringing our beer to enthusiasts across all of these three new states," Stevens added.

The brewery’s year-round and seasonal line-up will be available in bottles and on draft in each of the new markets.

With the addition to three new states to distribution network, the brewery will have a total footprint of 30 states in the US.