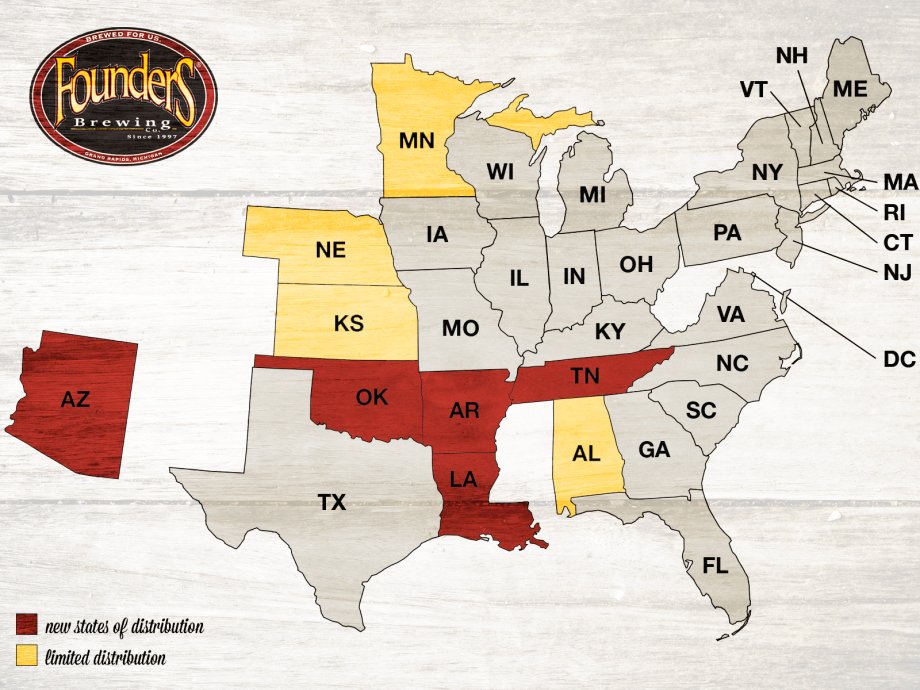 Founders Brewing, a Miami-based craft brewery, is expanding its distribution footprint to Arizona.

The move by the brewery came after it recently rolled out its products in Tennessee, Arkansas, Oklahoma and Louisiana states.

For distribution activities, the brewery has signed distribution deal with Hensley & Company, which will represent Founders’ brands across the entire state of Arizona.

The brewery will initially make its year-round and seasonal products available in bottles and on draft from April 2014, followed by specialty releases in future.

"There are a lot of Michigan natives in Arizona, and it’s a state with a developing craft beer scene, so it made sense for us to open it this spring," added Stevens.

In 2013, the brewery has grown its production capacity by 63% year-over-year to 111,000 barrels, driven by strong sales of its flagship beer All Day IPA that accounts for 27% of brewery’s overall production volume.

With the addition of Arizona to distribution network, the brewery will have a total footprint of 32 states in the US.