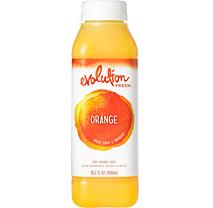 Evolution Fresh, a juice unit of Starbucks, has opened a new $70m juice factory in Rancho Cucamonga, California to increase its production capacity and also increase its share in the $1.6bn fruit drink industry.

The 264,000ft² juice facility is Starbucks’ sixth in the US after five coffee-roasting plants.

The new facility will increase the company’s production capacity by four times.

The company was quoted by Bloomberg as saying that the new facility will employ 190 employees.

Evolution Fresh general manager Chris Bruzzo told the website that Starbucks sells Evolution Fresh juice in about 5,000 of its cafes and will roll out the beverage to all of its about 11,200 US stores in the next year.

In addition to cafes, the Evolution Fresh juice is sold in 3,000 grocery stores in the US.

The company further plans to add them to more than 8,000 Starbucks and grocery retailers by the end of 2013.

According to Bruzzo, revenue from the Evolution Fresh products is expected to be in the hundreds of millions of dollars in the next five years.