ContinueLearn More X
X
Advertise with us
Umesh 18 May 2016 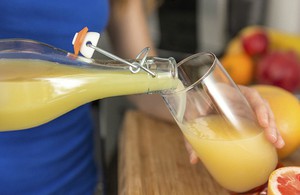 The UK’s Competition and Markets Authority (CMA) has stated that the completed acquisition of Orchard House by The Hain Celestial Group could be put through an in-depth investigation.

Founded in 1985, Orchard House Foods is a producer of juices and fruit based deserts. It was acquired by Hain Frozen Foods UK in December last year.

Hain Frozen Foods is part of The Hain Celestial Group, which owns brands such as as Hartley’s, New Covent Garden Soup and Ella’s Kitchen.

"Fruit juices are an increasingly popular purchase for UK consumers, in supermarkets, cafes and restaurants."

CMA expressed the concern after it found that the two companies are major suppliers of freshly squeezed fruit juice to retail outlets.

After a probe, the watchdog found that other juice manufacturers did not plan to commence a supply of freshly squeezed juices in order to make up for the lost competition, which in turn raises concern of market domination and risk of higher prices.

CMA stated that the acquisition will be referred for an in-depth investigation unless "acceptable undertakings are offered".

CMA senior director of mergers Sheldon Mills, who is also the decision maker in this case, said: "Fruit juices are an increasingly popular purchase for UK consumers, in supermarkets, cafes and restaurants.

"Freshly squeezed juices are different in taste, quality and price from other concentrate juices.

"This merger removes the rivalry between two long-standing suppliers of freshly squeezed fruit juice to supermarkets and food service retailers.

"Therefore, unless acceptable undertakings are offered, this merger will be referred for an in-depth investigation to ensure that it does not result in higher prices or worse quality for retailers and consumers."

Image: Orchard House Foods is a producer of juices and fruit based deserts. Photo: Courtesy of UK Competition and Markets Authority.