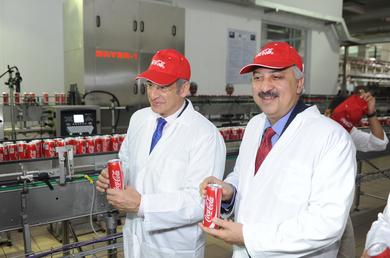 The two facilities include a $106m bottling plant in Shijiazhuang, in the Chinese province of Hebei, and a $23m facility in Greater Noida, in the state of Uttar Pradesh, India.

The Chinese facility, which is the firm’s 43rd in the country, has been developed as part of its $4bn investment plan for 2012-2014 to meet the increasing consumer demand for beverages in the local market.

The facility, which is spread over an area of 170,000m², will bottle both sparkling and still beverage brands including Coca-Cola, Sprite, Fanta, and Minute Maid.

According to the company, the plant will generate 2,000 direct and 20,000 indirect job opportunities for the local people.

In addition, Coca-Cola China plans to install three new production lines at the plant in the next few years.

Coca-Cola COFCO president and COO Zhang Jixiang said that Coca-Cola’s bottling business is of strategic importance to the COFCO Group as it provides consumers with a full range of beverage choices.

Owned and operated by Moon Beverages, the company’s new bottling plant in India has four bottling lines – a can line to bottle sparkling beverages, and a still beverage line and two lines to manufacture packaged drinking water.

The facility, which is Coca-Cola India’s 57th in the country, is a milestone in expanding the sparkling and stills business in India, the company said.

"Our investments in the India are on track as we build scale, manufacturing capacity, distribution capability and a robust product portfolio to realize our business goals in India," Bozer added.