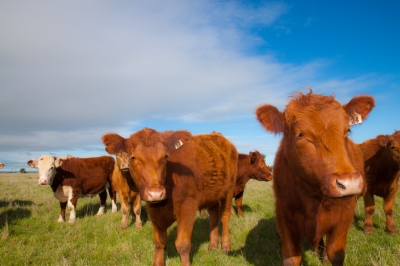 Dairy Crest has moved closer to its plan of divesting its milk operations to Germany-based yoghurt company Muller as the UK Competition and Markets Authority (CMA) said that it will be carrying out a consultation to look into the £80m transaction.

CMA said in a statement that the proposals submitted by Muller to help ensure the sector remains competitive after the completion of the sale were satisfactory and that it was proposing to accept the proposed undertaking.

The authority had said in June that its proposed undertakings for the deal involved Muller to process certain volume of fresh milk annually to another dairy processor.

As a result, Muller had offered to process around 100 million litres of fresh milk annually on behalf of a smaller rival that would supply the milk to supermarkets in the South West. The move would offer retailers the choice to buy milk from an alternative supplier.

Currently, the company is negotiating with Medina Holdings and Nijjar Group Holdings.

However, before reaching a final decision on the transaction, CMA has called for views of third parties on the suitability of the two potential purchasers as effective competitors to Muller in the supply of fresh milk to national multiples in the Severnside catchment area.

The consultation will also try to analyse if the proposed undertakings are appropriate remedies for the concerns.

Dairy Crest CEO Mark Allen was quoted by the Telegraph as saying: "We have always believed the sale of our dairies operations is good news for the whole UK dairy sector, which is currently facing significant challenges arising from low dairy commodity returns.

"It will deliver economies of scale and cost efficiencies that will underpin investment and help the UK compete more successfully in global markets."

CMA will close the consultation on 25 August.