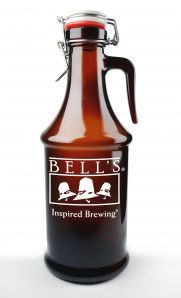 Bell’s Brewery, a Michigan-based craft brewer, is to expand its offering with the addition of new package format, growlers.

The move is in response to customers request to offer an additional option.

The brewery will offer a mix of year-round, specialty and seasonal selections in two litre bottles, which will bear the Bell’s logo and will feature a swing top lid.

The brewery will use its upcoming growler filling station, which is under construction now, to fill the growlers.

Growlers have not been offered in the past so as to make sure everything tasted as it should, claims the company.

The brewery will make the growlers available at its general store in downtown Kalamazoo, Michigan.

Bell’s Brewery vice president Laura Bell said, "It’s convenient for those who live nearby and it works really well for our fans who visit from other areas and want to take something unique home."

The brewery currently produces over 20 flavourful, unfiltered, quality craft beers for distribution, and many other small batch beers that are served at their pub, the Eccentric Cafe, in Kalamazoo.

Established in 1985, the brewery currently employs over 200 people in over 19 state areas including Puerto Rico and Washington DC.