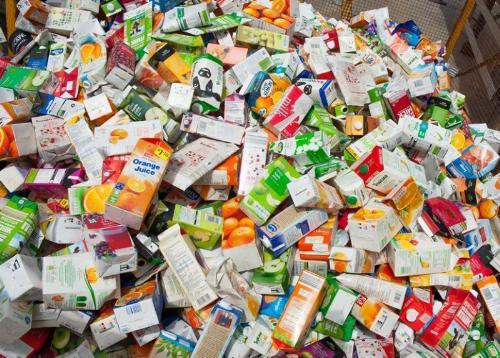 The plant, which is expected to boost recycling rates, has capacity to recycle about 25,000t (40%) of the cartons manufactured for the UK food and drink sector per annum.

Cartons accumulated from more than 180 local authority areas are set to be recycled at the new facility.

By the end of this year, ACE UK expects a further ten local authorities to commence collecting cartons in their kerbside service and ship them to the carton recycling facility.

Sonoco Alcore will use the wood fibres from collected cartons to produce paperboard, at its paper mill located on the same site, which is then made into 100% recyclable tubes and cores.

The companies anticipate that the recycling process at the new facility will help reduce about 122t of transport-related CO2 per year as well as reduce costs and greenhouse gas emissions.

ACE UK chief executive officer Richard Hands said that the ultimate aim of the members -Tetra Pak, Elopak and SIG Combibloc – is to meet the requirements of retailers, manufacturers and consumers for packaging that is easy to recycle.

"Kerbside recycling schemes provide the most convenient collection method for consumers and we expect more cartons to be collected in this way now that local authorities have a secure domestic market for this material stream," Hands added.

As part of the recycling process, fine polymer and aluminium layers used in beverage cartons to prevent leakage and provide a protective barrier to oxygen, are also separated.

ACE UK stated that several approaches are being assessed to recycle or recover such fractions and a solution will be provided by 2014.

Image: The facility can recycle about 40% of the cartons manufactured for the UK food and drink sector per annum. Photo courtesy of Alliance for Beverage Cartons and the Environment (ACE).