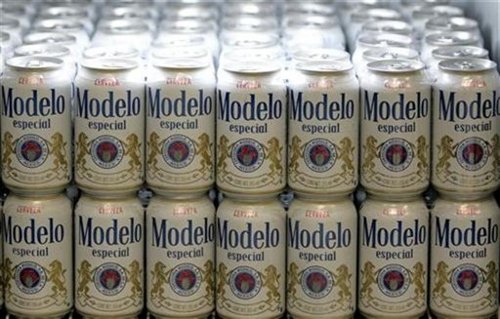 Anheuser-Busch InBev is in negotiations to purchase the remaining 50% stake in Corona beer maker Grupo Modelo in a deal that could be worth over $12bn.

Belgium-based Anheuser-Busch InBev already owns 50% non-controlling stake in Mexico-based Modelo, which has a market value of around $23bn.

However, after losing the case in 2010, Modelo CEO and board president Carlos Fernandez said controlling shareholders would not sell their stake.

The company currently has 43.9% of Modelo’s voting shares, with the rest held by Modelo’s founding family members and other closely-tied Mexican families in a trust.

AB InBev is mainly attracted by Modelo’s export brands such as Negra Modelo, Victoria and Pacifico, which recorded $6.58bn in 2011.

AB InBev has operations in North and South America and controls nearly 50% of the US beer market and almost 70% of the Brazilian beer market.

Image: Grupo Modelo has 63% share of the Mexican beer market, and exports beer to the UK, US and Canada. Photo: Grupo Modelo S.A.B. de C.V.