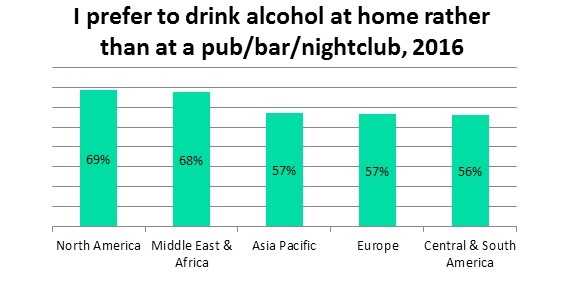 According to a GlobalData survey, over two thirds of consumers in North America prefer to drink alcohol at home rather than at a pub/bar/nightclub.  This attitude is the least prominent in Central & South America, where just over half of consumers agree with the sentiment. The contrasting attitude can be explained by differences in socializing culture, motivations of alcohol consumption, and governments’ involvement in alcohol pricing.