Magic Rock Brewing is a brewery based in Huddersfield, England. Image courtesy of Bernt Rostad. 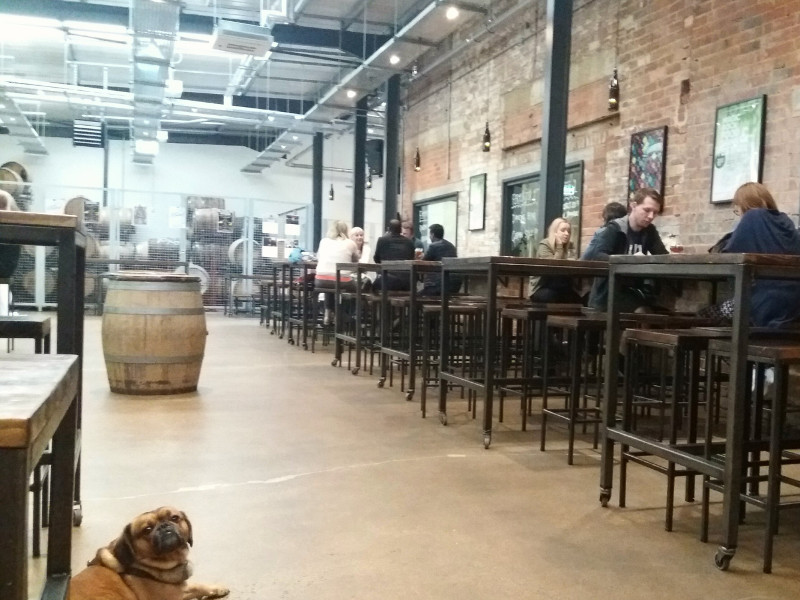 The total capacity of the brew house is approximately 15,500hl of alcoholic drinks a year. Image courtesy of Dun.can.

The Tap, in the rear end of the brewery, hosts social events, parties, launches, annual fests, and exhibitions. Image courtesy of Chris.

Located in Birkby, Huddersfield, UK, Magic Rock Brewing is a brewery that includes a brewhouse, distribution centre and an on-site tap room. It serves a range of beers and wines and employs 35 staff members.

The brewery’s production capacity is approximately 15,500hl of drinks a year. The drinks produced by the brewery are marketed across the UK, as well as more than 25 countries worldwide.

Initial brewing operations at Magic Rock Brewing were started in 2011 in Quarmby, Huddersfield. The first brewing vessels arrived at the brewery in January 2011 and were ready to brew in May 2011. The first packed bottle was that of freshly brewed Cannonball IPA.

The production facilities and brewhouse had undergone improvement and expansion over the years. The brewery had undergone two expansions by 2012 to increase capacity and meet demand. New fermenters were installed in the brewing plant in February 2012.

Magic Rock Brewing announced plans to relocate to a new site to meet the increasing demand for its products in 2015.

The brewery was relocated to a newly expanded facility covering an area of 15,000ft² in Birkby in 2015. The site features a new strengthened floor slab and a wet area inside the brewhouse.

The expansion added a 3,000ph canning line from Germany to the brewery by May 2018. A new 50hl brewing kit, tanks and fermenting vessels with an extra 200hl capacity were also added. The tap room was opened in June 2015 upon completion of fit-outs. A steam boiler was also installed at the new site for increased brewing speeds.

“Magic Rock Brewing announced plans to relocate to a new site to meet the increasing demand for its products in 2015.”

The tap room or the Tap is situated at the far end of the brewery, within an area of 1,700ft². It includes five taps and five cask lines of fresh beer, as well as offers views into the working brewery. The tap room also hosts social events and provides beer tasting.

The brewery currently has five 110hl fermenters for brewing, which increased its fermentation capacity by up to 80%.

Magic Rock Brewing offers a range of beers available in casks and kegs. The beers are also packed in cans for sale to customers, who order out. The most popular beers available include Core, Limited and Collab.

The brewery also produces different classes of wine. The Tap offers regular red, white, and rose wines along with their seasonally changing categories.

Local designer Rich Norgate was commissioned to provide a contemporary design for its beers.

Air Control Industries supplied its craft beer can drying system for the brewery.