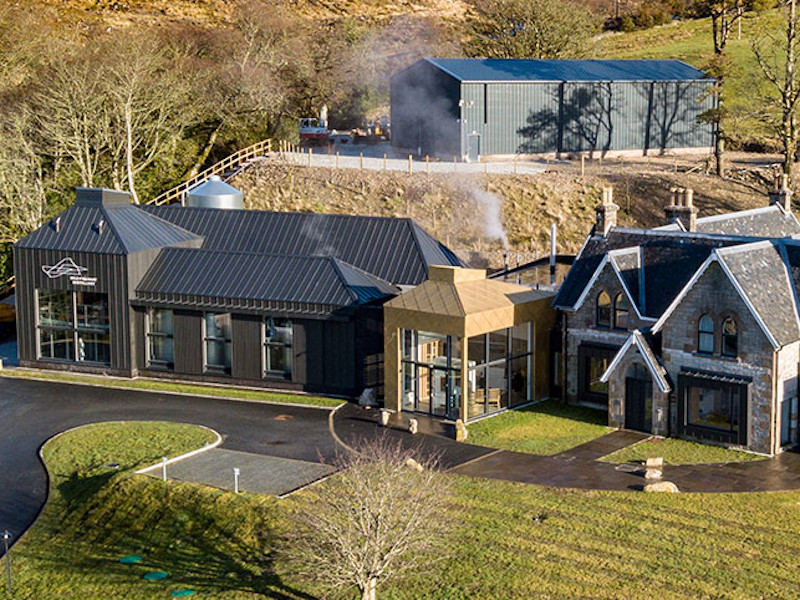 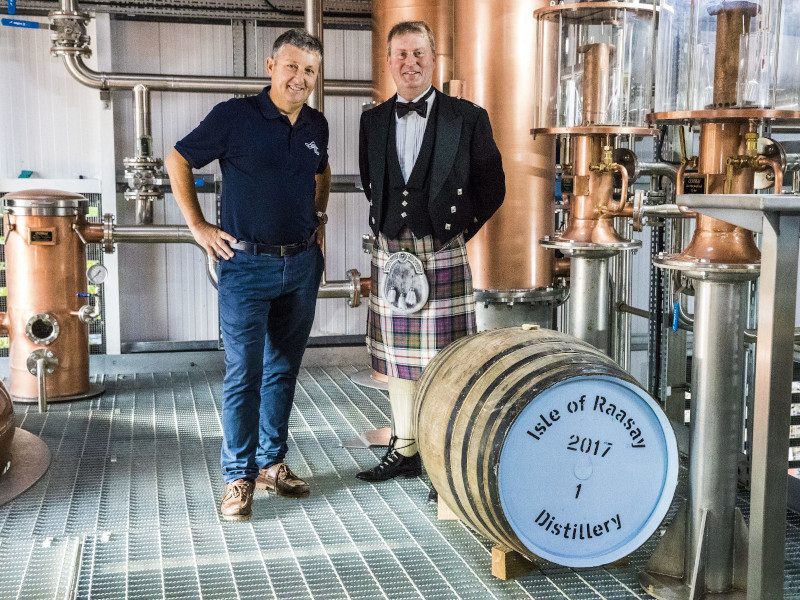 The distillery started its operations in 2017. Credit: R&B Distillers Limited. 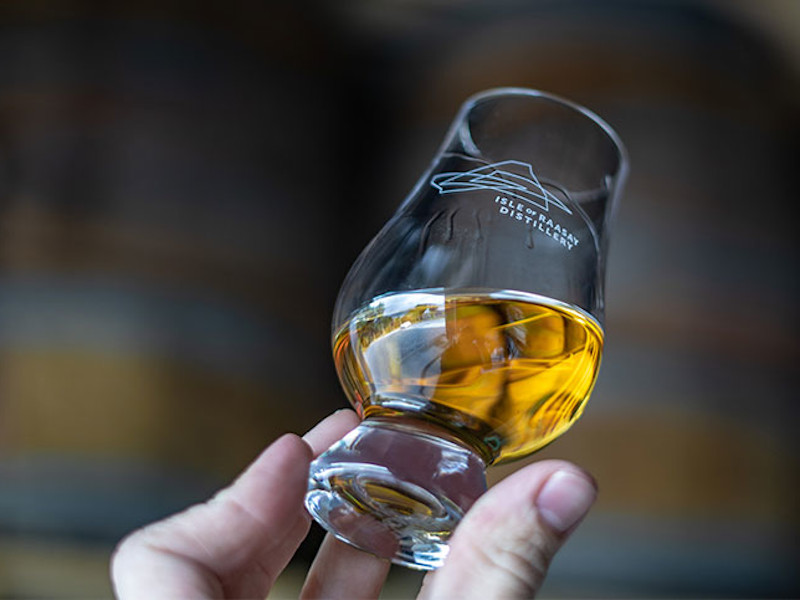 The distillery is planning to roll out its inaugural Isle of Raasay single malt whisky in 2020. Credit: R&B Distillers Limited. 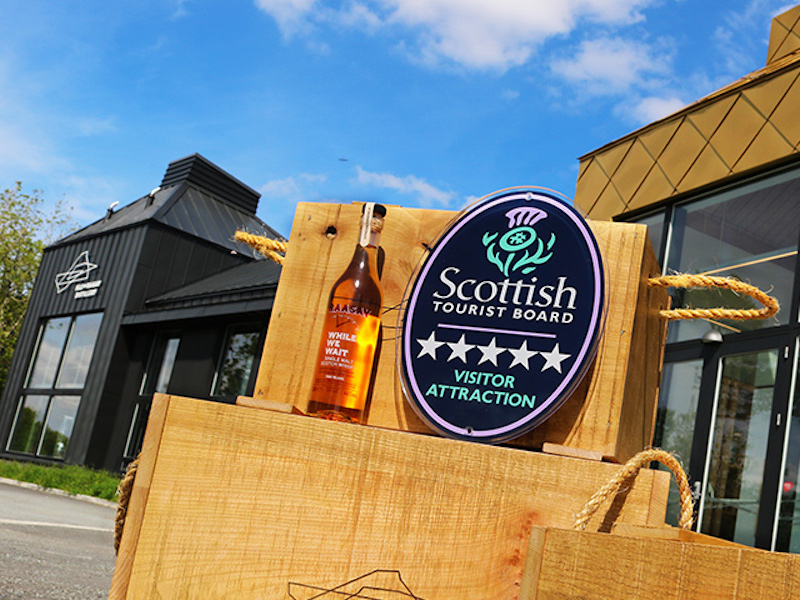 The production capacity of the facility is 188,000 litres of pure alcohol. Image courtesy of R&B Distillers Limited. 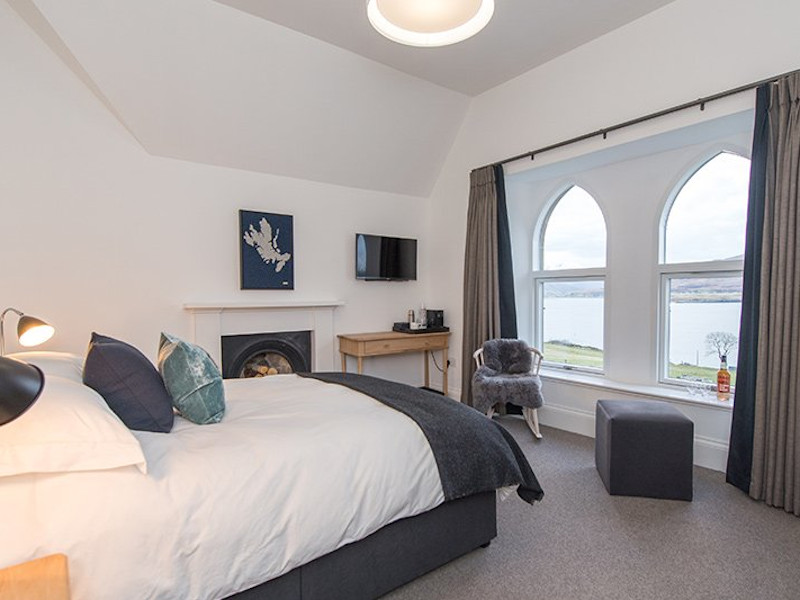 Visitors can choose to stay overnight at the luxury whisky hotel at the facility. Credit: R&B Distillers Limited.

The distillery aims to develop the finest Hebridean single malt Scotch whisky. It started offering tours for its visitors in January 2018. Isle of Raasay Distillery opened pre-orders for its first single malt, expected to be launched later in 2020. The inaugural Isle of Raasay single malt whisky is being bourbon-matured and finished in red wine casks.

The company is offering less than 3,000 bottles of the limited-edition single malt under pre-order. It will also release its core single malt in 2021, which will be matured in High Rye Bourbon barrels, Virgin Chinkapin oak barrels and Bordeaux red wine barriques.

R&B Distillers won a gold medal for the Raasay While We Wait 2018 Release at the World Whiskies Awards in April 2019. The distillery received a five-star award from VisitScotland for tourist attraction and a four-star guest accommodation accreditation.

Location of Isle of Raasay distillery

The distillery is situated on the Isle of Raasay in the Inner Hebrides, Northwest Scotland, located between the ferry terminal and Inverarish, the main village on the island.

Isle of Raasay, located between the Isle of Skye and the Scottish mainland, can be accessed from Skye by a 25-minute ferry.

Isle of Raasay Distillery can generate 188,000 litres of pure alcohol (LPA). The wash still and spirit still with capacities of 5,000l and 3,600l, respectively, are installed in the still room. The facility also includes a one-tonne mash tun vessel and washback with a capacity of 6 x 5,000l.

Distillery tours allow visitors to learn about the whisky-making and distillation process. The facility also provides a guided whisky tasting tour and offers a complimentary dram of its Raasay While We Wait single malt whiskey.

Accommodation services at the facility

Visitors can enjoy an overnight stay in Borodale House, a Victorian-era villa located at the centre of the distillery site, renovated into a luxury whisky hotel, guest lounge and visitor centre. The villa features six exclusive en-suite bedrooms with luxury amenities and provides guests with spectacular views of Cuillin Mountains on the Isle of Skye. The executive lounge on the ground floor features a bar and also offers tea, coffee and snacks.

Distillation process at the Isle of Raasay Distillery

The distillation process of the Isle of Raasay whisky begins with malting barley and allowing germination of barley by steeping in water for up to three days. The barley can be peated or unpeated in character.

Unpeated malt is obtained through kilning, in which hot air is blown and germinating is stopped, allowing the barley to be transported to the distillers for mashing process. Starch is broken into smaller sugars and yeast is added to produce alcohol. Peated malt is prepared by kilning and then peating for up to 60 hours.

The distillery used heavily peated malt in the first three months of production, after which it produced unpeated malt during the remaining nine months. The peated and unpeated whisky are blended together after ageing to create a lightly peated expression. The second stage involves mashing and the wash obtained after mashing is fermented for up to 118 hours.

Spirit is produced using Scottish barley, distillers’ yeast, and mineral-rich water obtained from a nearby well. The alcohol has sweet and dark fruit characteristics due to the manganese content in the well water and long fermentation.

Whisky produced at the distillery includes Raasay While We Wait, Isle of Raasay Single Malt – Inaugural Release and Island Spirit.