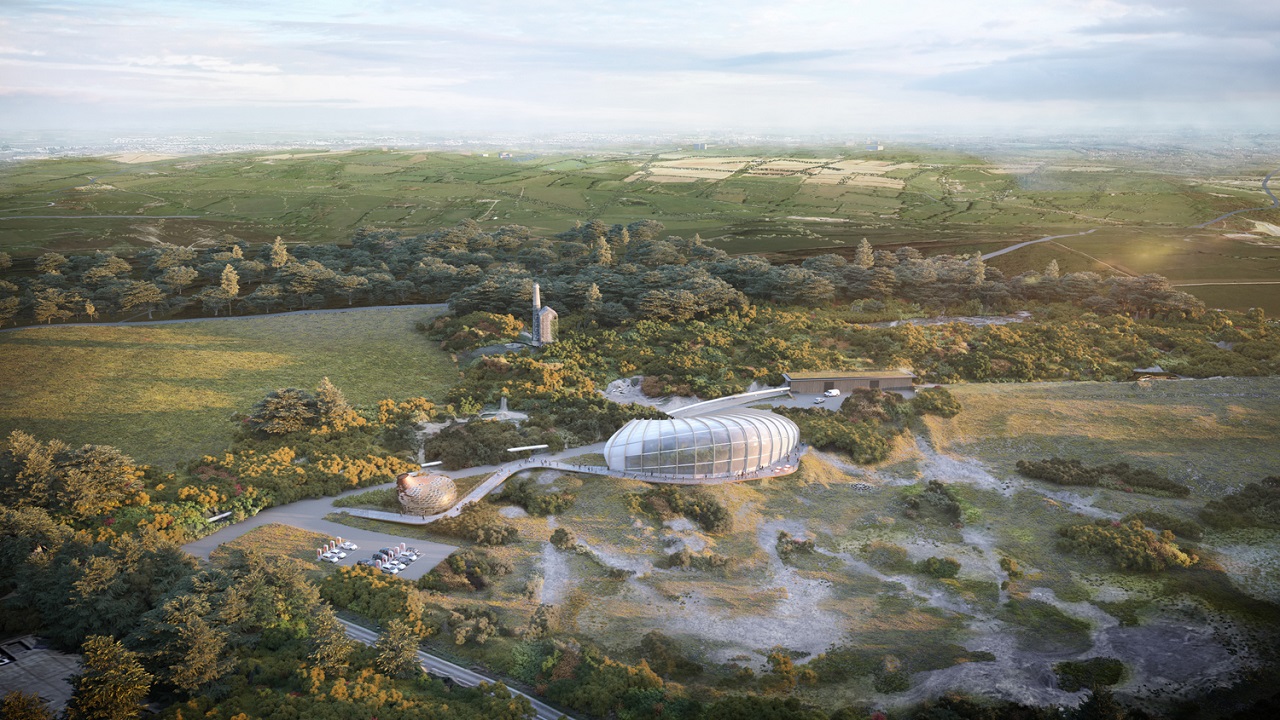 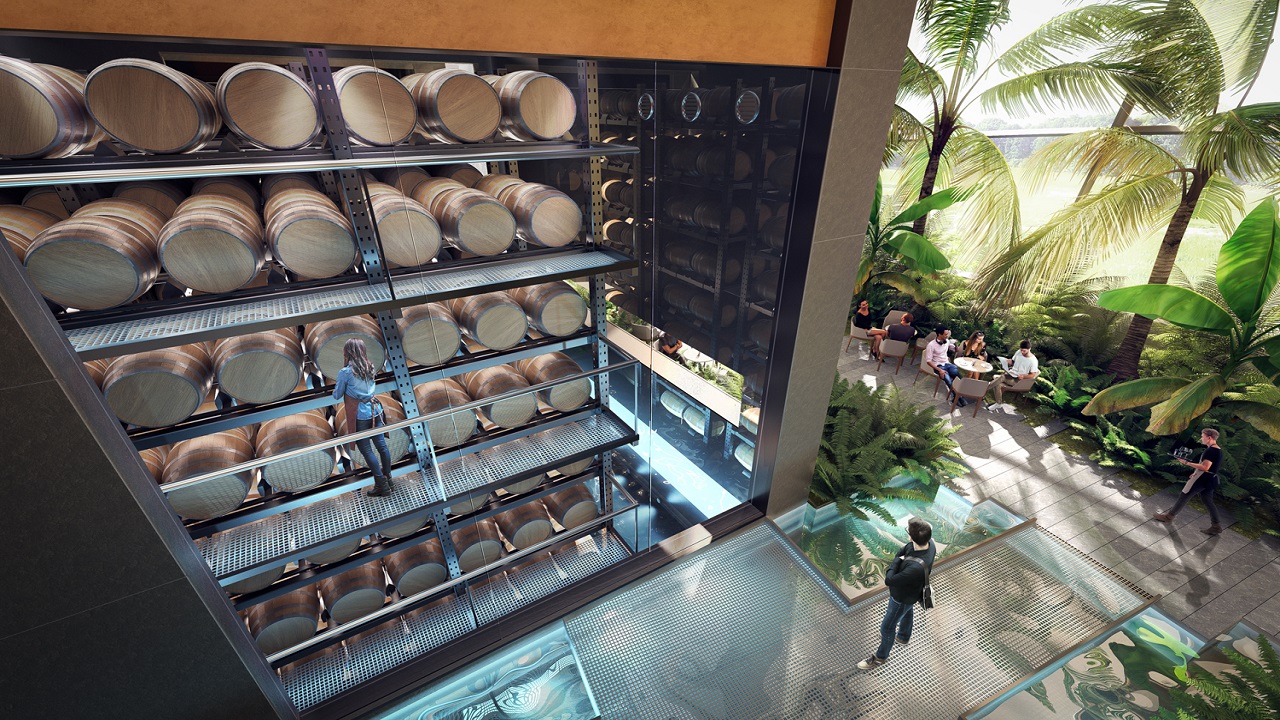 The distillery will have a maturation biome with a capacity to hold 3,600 casks. Credit: Grimshaw. 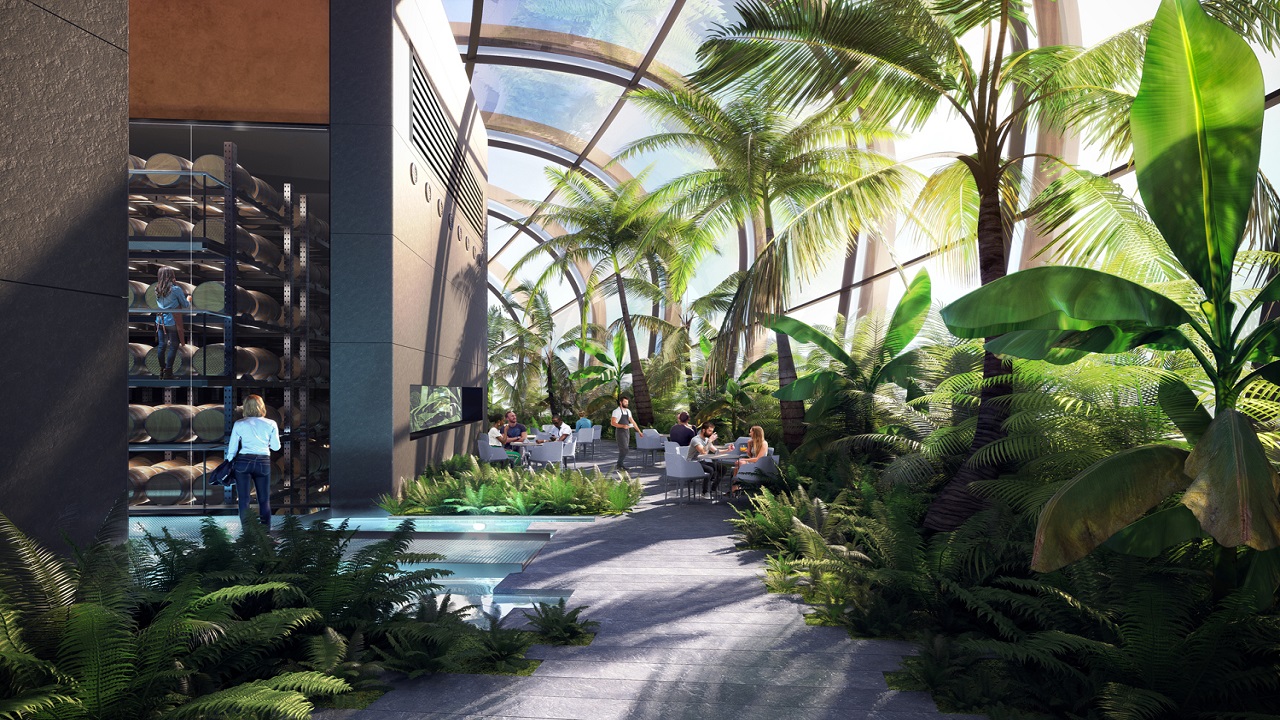 The visitor centre is designed in contrast to the biome. Credit: Grimshaw.

The project will be located in the middle of Cornwall’s copper kingdom, a world heritage site with historical ties to rum smuggling and mining. It will be developed with sustainability at its core, with the aim to regenerate the site and improve its mining heritage.

Plans for the facility were submitted to the Cornwall Council in November 2020. The facility is expected to begin operations by 2022, with potential for further investment to create a full geothermal rum distillery.

It will generate up to 30 full-time jobs in the catalyst phase in different roles, including master coopers and master blenders.

New buildings will be developed at the site to help regenerate it, with a focus on maintaining a distinction between the old and new, mining and maturation, and heritage and innovation.

Highlights of the project will be two Grade II-listed engine houses bordering the site. The new buildings at the site will be purposely located not to obstruct key scenic corridors.

The facility will house casks of rum for a period of up to ten years.

The geothermal source will allow the distillery to increase energy efficiency, reduce loss of energy, and reach a net zero carbon emissions target.

CGDC will create a maturation biome for the maturation of rum in carbon-neutral rum cask maturation pods.

The biome will be a highly efficient structure with four modular maturation pods that can house up to 3,600 casks for approximately five to ten years.

It will be able to recreate the temperature and humidity profiles of tropical, desert and colder regions. The controlled approach will create a sustainable rum that can be distilled, blended and matured by phasing out transportation between the Caribbean and Europe.

The design of the biome incorporates an expressed timber rib for its primary structure. Enveloped in ethylene tetrafluoroethylene (ETFE), a translucent polymer sheeting, the maturation biome will extract solar gain and geothermal energy from a nearby site.

The facility’s visitor centre is envisioned as an appealing and unique object, with a design in contrast to that of the biome.

The centre will feature hues of copper in its form to reflect the site’s copper mining history and to complement the chimneys of the engine houses and the copper pot stills used for rum distillation. The copper inspirations will be displayed through a timber Lamella structure with weathered steel cladding to retain the copper colour.

It will house the necessary operations for the site and biome to function. Visitors to the centre will have the opportunity to understand the history of rum, its making, the maturation process, geothermal technology, and the historic mining landscape of the project.

The facility has been designed by Grimshaw with assistance from Buro Happold.

The Cornish Geothermal Distillery is working closely with Geothermal Engineering (GEL), which is developing the UDDGPP.