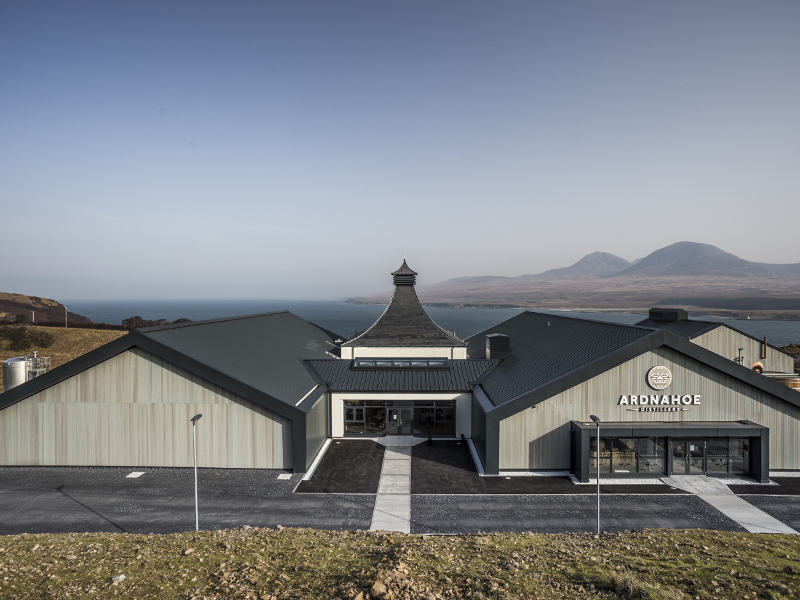 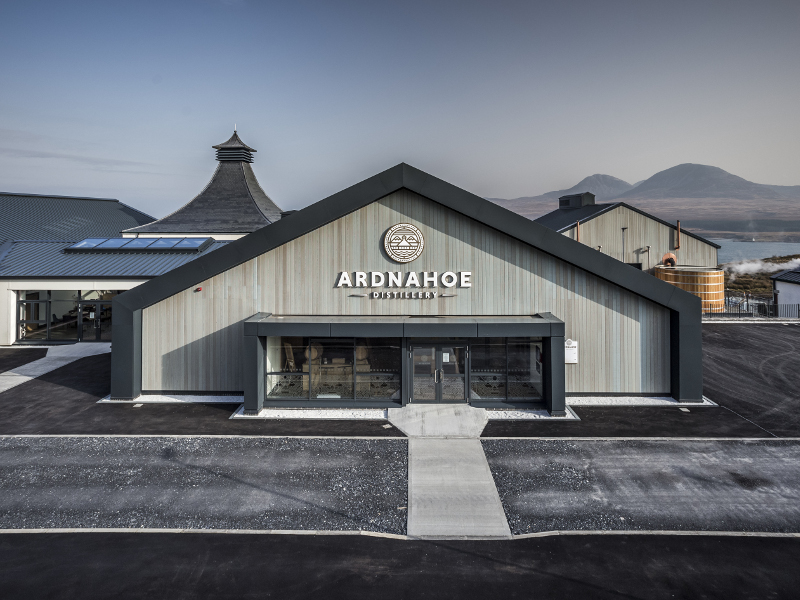 The Ardnahoe distillery is the ninth distillery to be built in the Isle of Islay. Image courtesy of Ardnahoe Distillery. 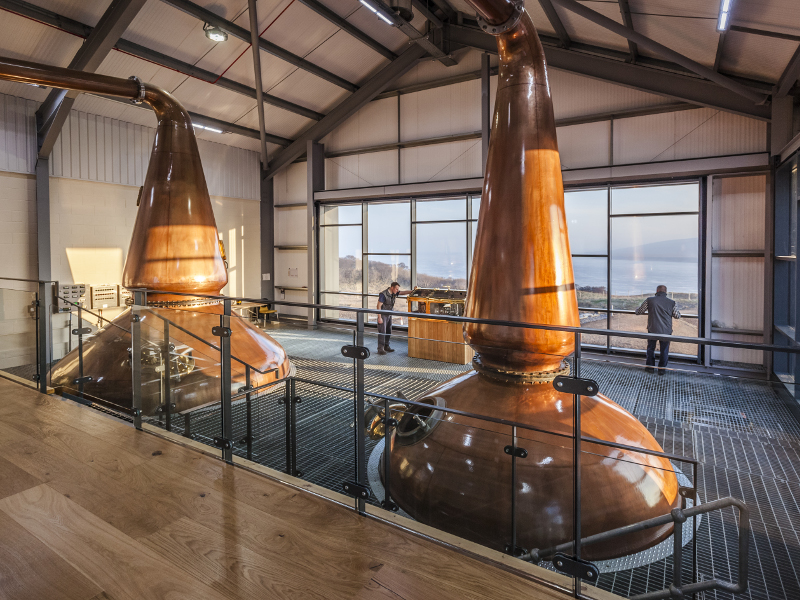 The distillery consists of two copper stills in the still room. Image courtesy of Ardnahoe Distillery. 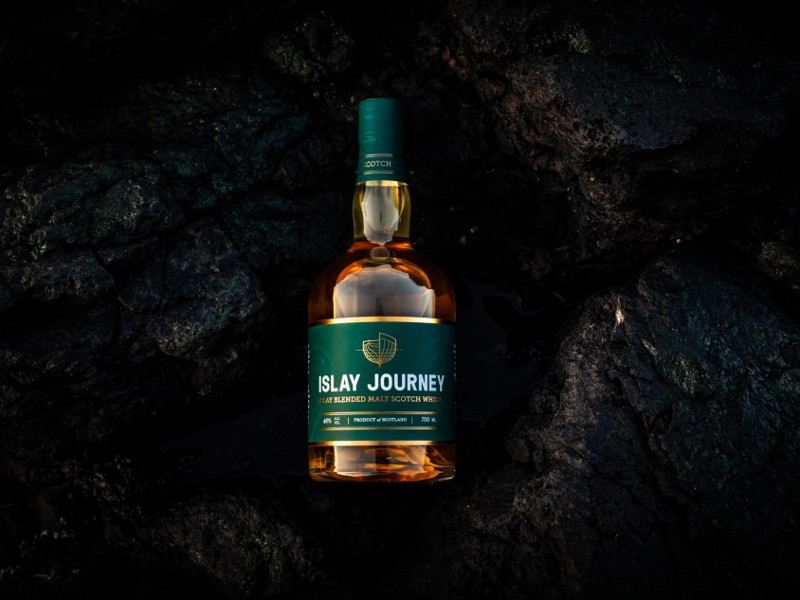 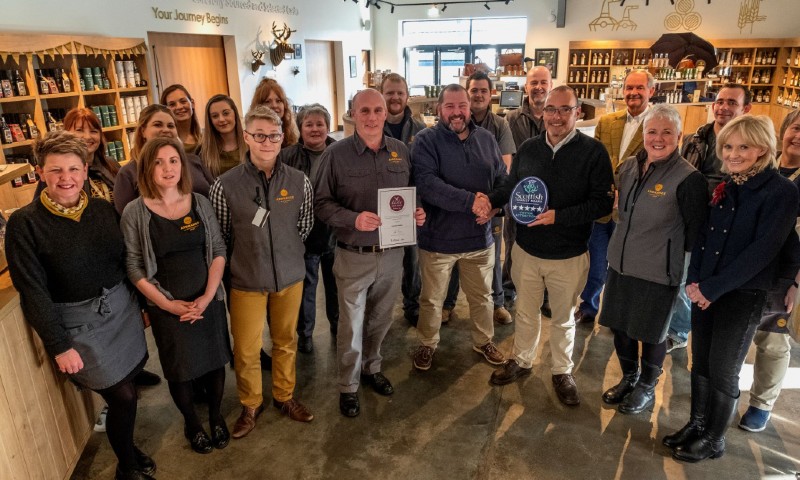 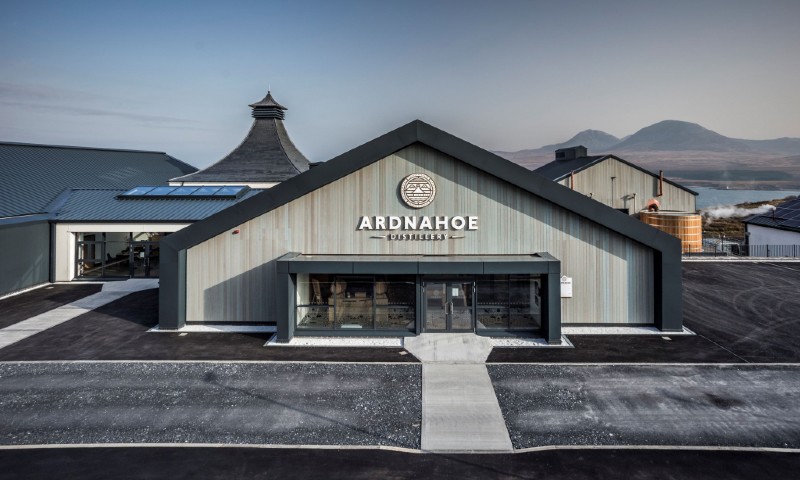 The Ardnahoe distillery and visitor centre in the Isle of Islay, Scotland, UK, was opened in April 2019. It is the Islay’s ninth distillery and the first to be built since 2005.

The distillery was developed by Hunter Laing with an estimated investment of £12m ($13.47m). The name ‘Ardnahoe’ comes from the Scottish Gaelic word meaning ‘Height of the Hollow’. Planning permission for the facility was granted in September 2016, followed by the ground-breaking later during that year.

The construction of the distillery began in 2017 and the first runs of distillation began in October 2018. The distillery will produce 500,000l of typical peaty Islay style spirit, with 200,000l expected to be produced in the first year.

The Ardnahoe distillery and visitor centre is located on the north-east coast of the Isle of Islay. It is situated on a four-acre site on the Inner Hebridean island of Islay, near Port Askaig.

The site’s proximity to the Ardnahoe Lake provides easy access to the lakewater, which is supplied to the distillery through a new underground pipe.

The Ardnahoe distillery includes a distillery, retail area, visitor centre along with a VIP lounge, bar, and café areas. A key feature of the distillery’s design is a Pagoda structure on the roof.

The distillery is a split-level building spread across 1,600m². The primary level houses the visitor centre and the operational area, which is equipped with floor maltings, mash house, and tun room. The ground floor is used to store equipment, stocks, and holding tanks. The still house is a smaller building towards the south.

The distillery is equipped with a Vickers Boby mill, along with copper-domed mash tun. Four traditional Oregon Pine washbacks constructed from timber with minimal sap and knots have been incorporated to provide the optimum habitat for yeast development.

The wash still and spirit still with respective capacities of 13,000l and 11,000l are installed in the airy still room. The stills were manufactured in north-eastern Scotland and designed to allow copper and vapour contact.

J&D Pierce was contracted for structural steelwork and cladding works of the distillery, while BPS Group performed the mechanical and electrical engineering works.

Barbour Fit Out carried out the fit-out works for the retail area, while Cowal Design Consultants were contracted for civil and structural engineering works.

The copper stills were supplied by Speyside Copperworks and the washbacks were constructed by JB Vats.

The distillation process for Ardnahoe begins with the malting of barley, which allows seed germination by steeping the malt in water.

“The distillery is equipped with a Vickers Boby mill, along with copper-domed mash tun.”

The barley is soaked and then dried over peat smoke for approximately 20 hours and then ground into grist in a mill. The grist is then transferred to mash tun and added with heated water from the Ardnahoe Lake to form wort.

The wort is separated from the barley husks and taken to the washbacks where yeast is added, which reacts to form alcohol.

The alcohol undergoes slow distillation in stills and is transferred to worm tubs for condensing. The worm tubs consist of large copper coils submerged in tanks filled with cold water, which allows the vapour to condense gradually thereby enhancing the texture and complexity of the alcohol.

The final step includes the maturation of the alcohol in casks, which consist of 70% first fill ex-bourbon barrels and 20% ex-oloroso sherry hogsheads.

Hunter Laing is a Scotch whisky blending and bottling company headquartered in Glasgow, UK. The company was founded in 1949 by Frederick Laing as a whisky blending business.

The distillery became the third in Argyll and Bute to receive the Five Star Quality Assurance award from Visit Scotland, in October 2019.