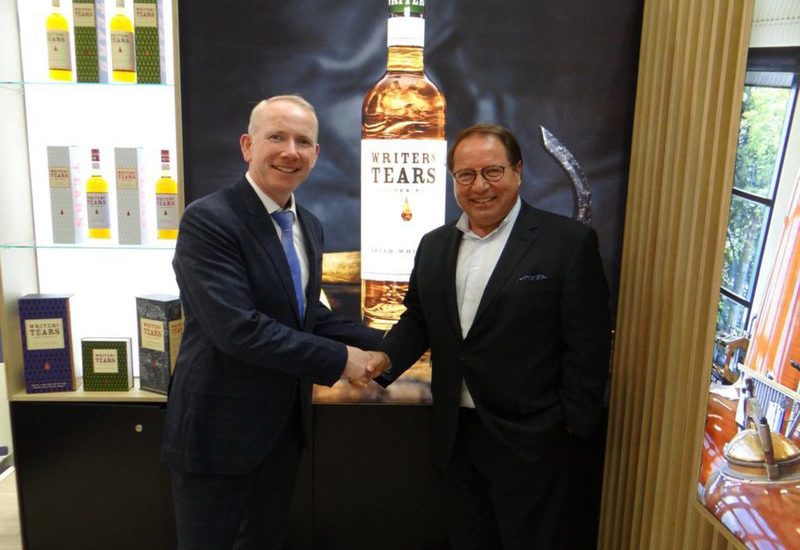 Walsh Whiskey Distillery has signed an exclusive agreement with Dugas for the distribution of its range of Writers’ Tears premium Irish whiskeys in France from September.

The deal was signed at Vinexpo 2017 in Bordeaux by the founders and chief executives of the two companies, M. Francois-Xavier Dugas and Bernard Walsh.

Set up in 1980 by Monsieur Francois-Xavier Dugas, the Dugas company is a distributor of spirits with a particular focus on Irish and Scottish whiskeys, rums, fortified wines, and eaux de vies.

Walsh Whiskey's founder and managing director Bernard Walsh said: “We believe Dugas is a great fit for Writers’ Tears through its exclusive network of high-end bars and retail outlets across France, which is one of our priority markets worldwide. We look forward to a successful, long-term partnership with Dugas.”

Francois-Xavier Dugas said: “We have known each other very well for a few years. Knowing the great quality of their whiskeys, it’s an honor for us to distribute Writer Tears and build the brand on the selective market. We strongly think that Writer Tears should be a great success with its trendy and modern look and feel.”

"We believe Dugas is a great fit for Writers’ Tears through its exclusive network of high-end bars and retail outlets across France, which is one of our priority markets."

Copper Pot is a vatting of single malt and single pot still whiskeys. It is distilled from 60% pot still and 40% malt. The drink is triple distilled, non-peated, and matured and aged in American oak bourbon casks.

Cask Strength is an annual release with 53% proof. It is a vatting of single pot still and single malt, distilled three times, and aged in American oak casks.